Slow and steady or big spurt? How to breed a cruel dinosaur 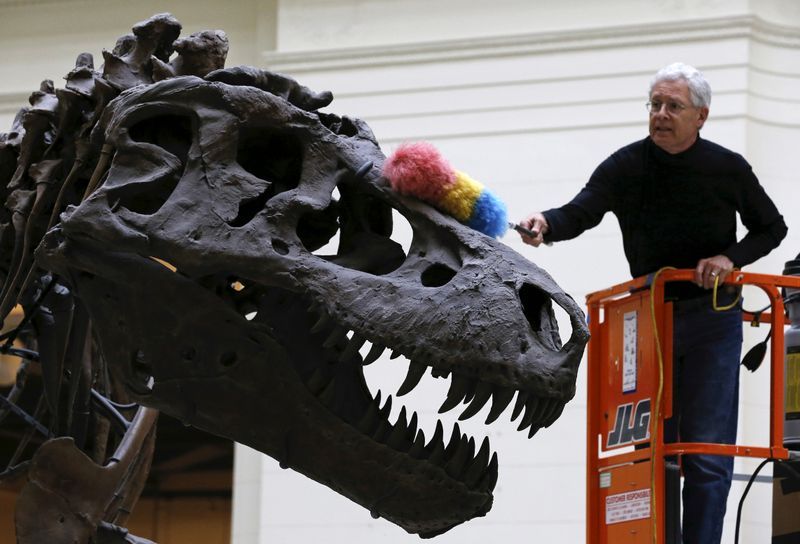 According to scientists who analyzed fossilized bone fragments, large meat-eating dinosaurs reached their great size thanks to very different growth strategies, with some following a slow and stable path, and others experiencing rapid growth during adolescence.

Scientists examined the annual rings – similar to those found in tree trunks – in the bones of 11 theropod species, a wide group that includes all large carnivorous dinosaurs, including Tyrannosaurus rex and even birds. The study provides an insight into the lives of some of the most terrifying predators to ever walk the Earth.

The team looked at samples from museums in the United States, Canada, China and Argentina, and even received permission to bone one of the world’s most famous T. rex fossils, known as the Sue, located at the Field Museum in Chicago. with a diamond saw and drill.

Sue’s leg bones – a huge femur and fibula – helped illustrate that T. rex and its relatives – known as tyrannosaurs – experienced a period of extreme growth during adolescence and reached their full adult size at around 20 years of age. Sue, about 13 meters tall, lived about 33 years.

Sue lived in South Dakota about a million years before the destruction of dinosaurs and many other species by an asteroid 66 million years ago.

Other groups of large theropods had more stable growth rates over an extended period of time. This growth strategy was detected in lines that appeared around the world earlier in the dinosaur age and were later concentrated in the southern continents.

Examples included the North American Allosaurus and Acrocanthosaurus, Antarctic Cryolophosaurus, and a recently discovered as yet unnamed species from Argentina that rivaled T. rex in size. The Argentine dinosaur, from a group known as the carcharodontosaurs, did not reach its full size until the age of 40 and lived to be around 50.

Large theropods have the same overall body appearance, walk on two legs, and have large skulls, strong jaws, and fierce

“Before our research, it was known that T. rex grows very quickly, but it was not clear whether all theropods grew gigantic in the same way, or if there were multiple ways to do so,” said palaeontologist and scientist lead author Tom Cullen of North Carolina Museum of Natural Sciences and North Carolina State University, also affiliated with the Field Museum.

The research was published this week in the journal Proceedings of the Royal Society B.

“Theropod dinosaurs represent the largest bipedal animals that have ever lived, and have also been the dominant predators in terrestrial ecosystems for over 150 million years – more than twice as long as mammals,” added University of Minnesota palaeontologist and study co-author Peter Makovicky.