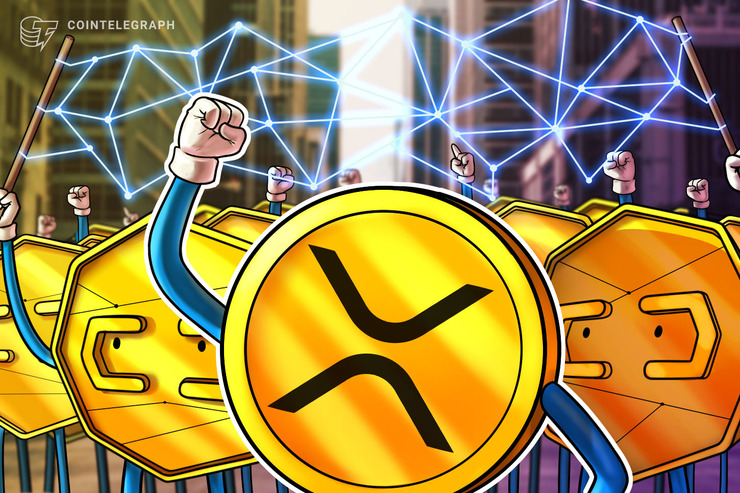 The International Bank of Peru, commonly known as Interbank, says it is changing from Ripple's xCurrent payment message system to a payment product supported by the company's XRP token called Liquidity on Demand (ODL), message as part of the SWELL premiere 2019 on Friday evening, November 8 .

A bank from Peru says about the change from xCurrent to xRapid ODL #XRP #SwellbyRipple pic.twitter.com/evLrT7wzkq

In this regard, Joisie Mantilla of Interbank Peru said that in order to increase adoption it is important to change the traditional way of thinking about how financial institutions authorize cross-border transactions.

"Banks are part of our culture. We want to improve banking technology and give inexperienced people the opportunity to change their relationship with banks. It will change an entire generation. Our clients are doing just that by using ODL. "

Joisie Mantilla also stated that Interbank Peru has been testing xCurrent for some time and that they are ready for further development with XRP later this year.

"In Peru, we started thinking about cryptocurrencies when they began to appear in the United States. The bank has done a great job attracting talents that really focus on innovation. We have an innovation laboratory at the bank. So we work as a team that can fail and try out different things, and start working with xCurrent this way. And now, after a year of working with xCurrent, we decided to move forward this year and use cryptocurrency to carry out our transactions. "

Ripple promoted its xRapid and xCurrent blockchain solutions last year in its intentions to further penetrate the international money transfer sector. In this sense, ODL, previously known as xRapid, was designed to use the company's native XRP token as a bridge between two fiat currencies. Ripple claims that since the product's release in October 2018, 24 of over 300 customers have registered to use ODL.

Now Ripple has managed to acquire two well-off banking institutions in the Incas, such as Interbank, to advance their expansion plans. Interbank is the second banking institution in Peru with over 122 years of history and over 2 million customers with assets worth USD 4,000 million.

Although less furious, but equally important, Ripple also announced an alliance with Vitesse, a UK-based cross-border payment service provider founded in 2013, precisely in the sector in which the company intends to withdraw.

New additions join a number of other large companies that the company already has, such as Banco Santander, American Express and MoneyGram, in the quest to be a new service provider in the global traditional banking and financial system, ahead of SWIFT and R3.

The company's website already shows updates on its website along with new partners, as well as a list of services and money delivery currently available thanks to blockchain technology.

Ripple plans to use the XRP token to immediately guarantee money services abroad and provide the necessary liquidity allowed by blockchain technology. Recently, the token was at the peak of liquidity in the ODL system on the Mexican Bitso stock exchange, as a result of the exponential growth of its system for sending money transfers between the Latin country and the United States through the partner partner MoneyGram.

What are the MIR specializations that I regret the most?

Unusual blind date Boy Olmi with a Spanish woman: “As soon as we met, she took off her panties and pissed next to me”

Why is River excited to play on his estate?

Did you use them well ?: I know the real meaning of these 5 WhatsApp emojis