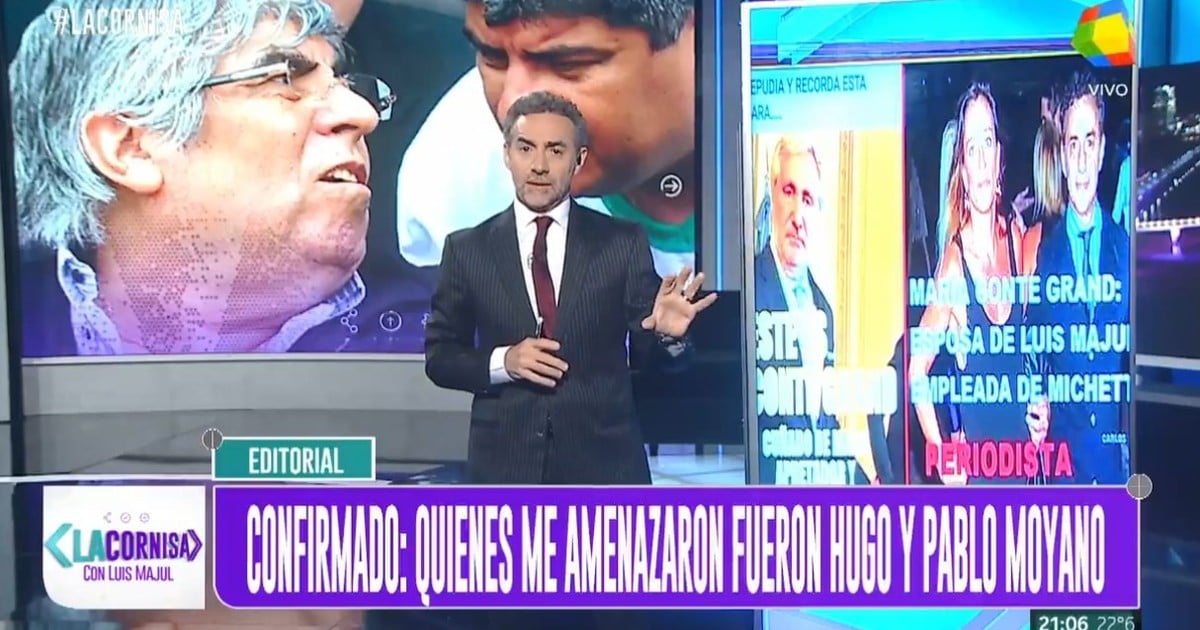 Besides explaining that his wife has not been working with the vice president for years, and Conte Grand is not his brother-in-law, but a distant cousin of his wife, now Majul pointed to Moyano by escrache and assured him that he would condemn Hugo and Pablo for the crime of coercion and threats. "And this is aggravated, because the threats have been repeated and anonymous, and it covers up to three years in prison. Threat means to instil fear"he said in his article in La Cornisa (America).

The driver then showed a video in which two workers place posters in the Constitución area, on the streets of Santiago del Estero and Brazil. "The first interesting fact is that it happened less than 100 meters from the social work building of truck drivers and the return of mutual association and the very seat of the Union of Traction Riders, "Majul said.

It is also observed on the images man with the official Camper jacket doing the "bell" while the other two people stick posters on walls and containers.

The case is already in the hands of prosecutor Cinthia Oberlander and judge María Dolores Fontbona de Pombo. But this Monday a journalist – along with lawyer Silvia Martínez – will present video in Justice so that "Moyano gives explanations".

"The purpose of an attack or threat is to affect the mental freedom of the endangered, to prevent you from continuing a normal life, doing what you do naturally: in our case, examine the Moyano clan," Majul said.

The journalist accompanying the film will also present paintings "that were brought by neighbors who are fed up with gangsters and gangsters." And he graduated: "Unfortunately, in Argentina sometimes fewer journalists are needed to obtain evidence than the investigators of the court. Now the most important thing is that they reach to the heart of the matter"