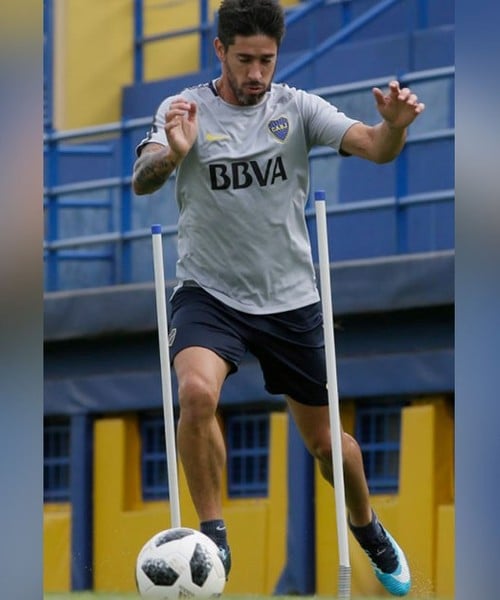 The countdown has already begun. Contrary to appearances, Boca and River are preparing for the first stage of the Copa Libertadores final, which will be played this Saturday from 17:00 in Bombon.

In practice, on Wednesday Pablo Pérez did not participate in all tactical activities due to physical problems. His presence in the Saturday match will depend on his evolution in the coming days. During the training, Guillermo Barros Schelotto was replaced by Agustín Almendra, who joined the aid together with Wilmar Barrios and Nahitan Nández.

"We have not defined the team yet, because Pérez and Pavón are training diverse, we will wait for them, although we have options and options, the point is to wait until the last moment"I have a clear idea of ​​what we have to do, but we will wait until the end of the week," explained the DT press conference after the practice on Wednesday.

Perez played in 11 of the 12 Xeneize games in the Cup, with the exception of the debut against Alianza Lima in Bombonera. Depending on what happens to the Rosarino steering wheel, Boca will match Rossi; Jara, Izquierdoz, Magallán, Olaza; Nández, Barrios, Pérez or Almendra; Villa, Ábila and Pavón.