Apex Legends is getting a new map called World’s Edge 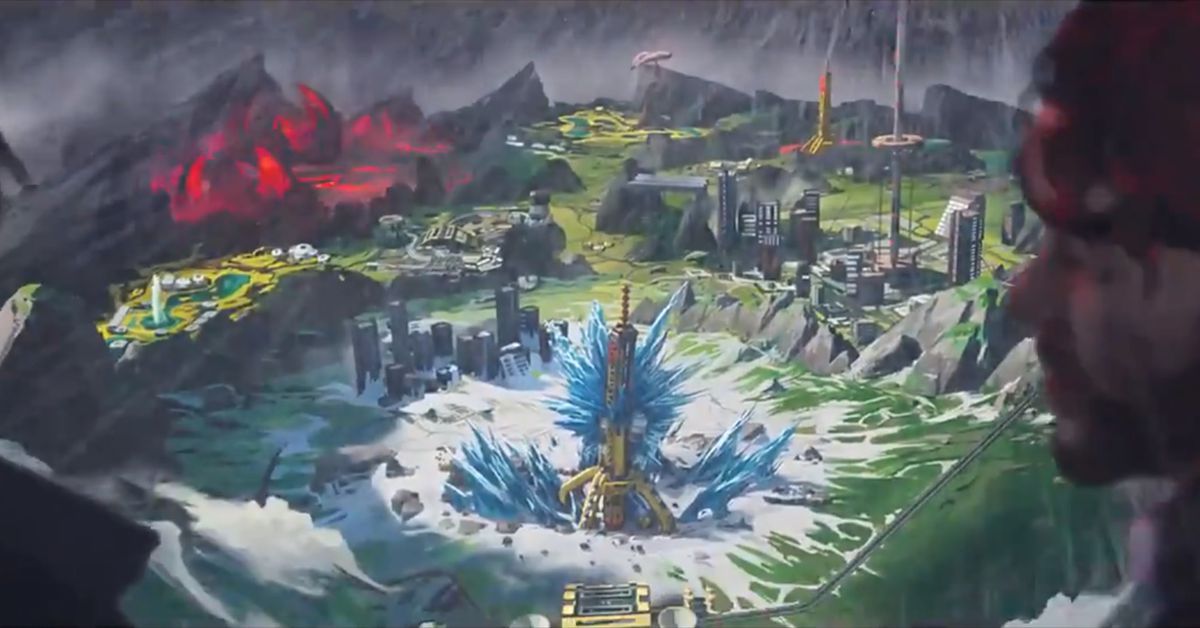 Apex Legends season 3 is almost here and while Respawn has revealed a few things already – like Crypto the new Legend or the new Charge Rifle – it seems it was saving the biggest surprise for last. Thanks to a new announcement trailer, we now know that Apex Legends is getting a new map called World’s Edge as part of season 3.

Join our cast of Legends – including the newest Legend, Crypto – on the dropship as they are whisked from Planet Solace towards World’s Edge on Planet Talos. pic.twitter.com/vp7UzVrXaC

The cinematic doesn't reveal much about the map, and is CG rather than gameplay, but we can gather a few details from what we see. While Kings Canyon is mostly deserts, this map seems to give players a lot more biomes to explore. There’s a snow-covered mountain range and glacial formations in one area, while another area is covered in dense hard rocks and molten lava.

The standout feature from the trailer seems to be a train that the Legends are fighting on top of. If the train really is on the map, it could spend entire matches zipping around the map bringing loot, but also giving players a mobile platform to fight on.

This is just our first glimpse at this new map, but Respawn is sure to reveal more in the coming days. World’s Edge is set to arrive in Apex Legends along with the start of season 3 on Oct. 1.