Champions League: Salzburg in Moscow under pressure to win 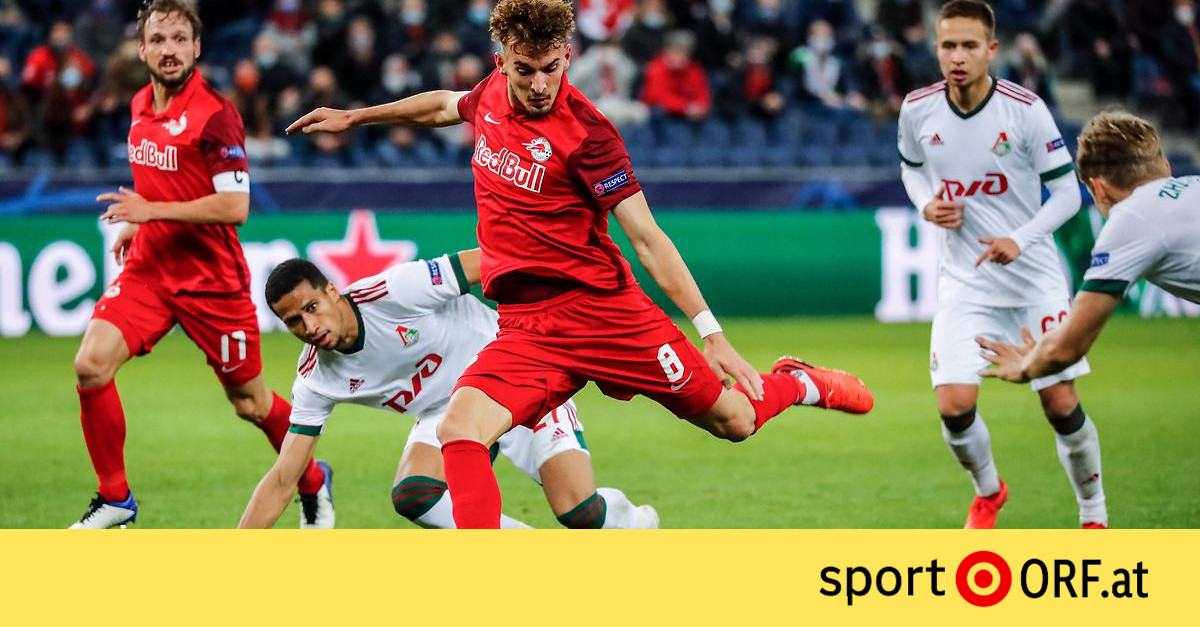 In the Russian capital, Salzburg expects a dangerous match against the tied king, who has hardly been defeated so far. Therefore, Marsch hopes for the necessary balance between attack and defense. “We have to play our aggressive game and then be safe from the back as well. We can always score, but always fewer goals are important.

Marsch again described the opponent’s two-point advantage, who took Salzburg 2-2 in the first comparison as “very experienced, very clever”. “A team that defends incredibly does whatever it takes to protect the goal.”

Salzburg in Moscow under pressure

FC Salzburg’s soccer champions are under pressure ahead of the penultimate group game in the Champions League away game against Lok Moscow.

Three draws – including both games against Atletico Madrid (1-1, 0-0) – and a total of just five conceded goals in four games are warning enough for the Salzburgers, who in turn conceded 14 goals. While the “Bullen” -Express roared over St. Pölten 8-2 in the league, Lok was choking during the dress rehearsal in Grozny after fourth 0-0 this season.

Failure is tantamount to quitting

In order to advance to the 1/8 finals, Salzburg, which has one point, is also dependent on the Bayern Munich table leaders (12 points) not being defeated in Madrid. Only then would a promotion be possible before the home game against Atletico (5) at the end of the group. If Salzburg loses in Moscow, an international elimination will be decided before spring.

Group A, 5th round

Salzburg began their journey to Moscow with optimism and a passenger they briefly signed up for the new year: Patson Daka (22), Salzburg’s most formidable forward since Erling Haaland’s departure, returns after a muscle injury at Uda, they return to the squad after almost exactly a month. “Patson is ready for Tuesday, but at the moment we don’t know for how many minutes,” said Marsch.

The first goal will be very important against Lok, emphasized Marsch. You have to be disciplined. “When we’re behind, these opponents are hard to fight,” he said. You have a lot of respect for the Russians. “You defended yourself very well against great opponents. The organization of the team is very strong. “The attack itself is not the motto:” The most important topic is conceded goals, we had too much in the last Champions League games. “

We look forward to the atmosphere of the stadium

The twelve-time goal scorer Daka would return to Moscow in front of spectators who are still allowed in Russia. In line with UEFA’s coronavirus guidelines, the stadium can hold up to a third – or roughly 8,000 seats in the RZD Arena. The last home game against Atletico drew 5,500 spectators.

“I don’t even know when we were allowed to play in front of a large audience,” said defender Rasmus Kristensen. “But I’m really looking forward to getting the feel of a real stadium again.”

Loków coach Marko Nikolic talked about “the most important game of the season”. The Serb indicated that he did not want to fall into the open knife. “We need the best performance against this fast and aggressive side. But we know what we have to do: we will be disciplined for over 90 minutes and be very careful on the defense. ” Muscovites will miss the forward Fyodor Smolov, who is injured in the hip. Anton Mirantschuk, the Russian player of the team, has a cold as well.

In Salzburg, Zlatko Junuzovic will face his 50th European Cup appearance. Only Walke (50), Ramalho (60) and Ulmer (110) have played more international club games from their current squad. Karim Adeyemi, who justified his performance in the match against St. Pölten, by four points, said: “We feel in the air that we really want to play in the Champions League. We’ll show that too. ” For the first time this year, things should be pretty fresh. Temperatures around the freezing point are commonplace.