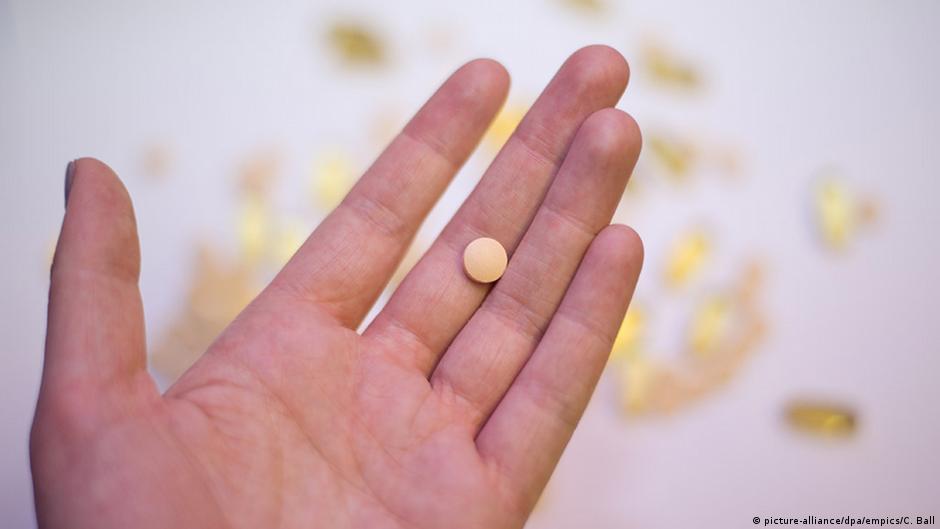 That vitamin D plays a role throughout the body and performs important functions is beyond dispute. The severe vitamin D deficiency discussed above of 12 nanograms per milliliter of blood or less leads to a severe and painful bone deformity known as rickets in infants and young children and osteomalacia in adults. This is where the scientific consensus ends.

Where does the scarcity start?

Nobody really knows how much vitamin D a person actually needs. The question of when scarcity occurs is correspondingly controversial. For this reason, several limit values ​​are often used as benchmarks. However, the fact is that vitamin D is enjoying increasing popularity.

More on this topic: Despite the Sun: Vitamin D deficiency is common in Africa

Not only is the pseudoscientific literature on the “vitamin of the sun” experiencing an increase, but also the number of published studies has increased enormously in recent years. Meanwhile, vitamin D is not only responsible for the functional skeleton, but is also associated with cardiovascular disease, type 2 diabetes, and various types of cancer.

Vitamin D levels rise and fall mainly when exposed to sunlight. If enough UV radiation hits the skin, the body is able to produce the vitamin itself. It is estimated that only 10 to 20 percent of the demand is covered by food.

Vitamin D, which we synthesize from sunlight or food, is initially not biologically active. Before a biologically active form of the vitamin called calcitriol is formed in the kidneys and from there into the blood, certain metabolic processes must take place.

In addition, many organs have receptors to which the calcitriol precursor binds. It’s also in the blood.

From this initial stage, the organs themselves produce calcitriol, which is used for countless other processes in the body. This form of vitamin D regulates insulin secretion, inhibits tumor growth, supports the formation of red blood cells, and the survival and activity of macrophages, which are important for the immune system.

Several studies have now established an association between vitamin D deficiency, certain pre-existing conditions, and the severe course of COVID-19. The research work of a team led by José L. Hernández of the University of Cantabria in Santander / Spain shows that more than 80 percent of COVID-19 patients treated in hospital were deficient in vitamin D.

Already in early June, an analysis by the University of Hohenheim said: “There are many indications that various non-communicable diseases (high blood pressure, diabetes, cardiovascular disease, metabolic syndrome) are associated with low levels of vitamin D in the plasma. These comorbidities, along with the often associated vitamin D deficiency, increase the risk of serious COVID-19 events. ”

“This statement is perfectly correct,” says Martin Fassnacht, head of endocrinology at the University Hospital of Würzburg. But he restricts that this is pure association, “mere observation that these events occur together.”

More on this topic: With vitamins against COVID-19

The endocrinologist is very critical of the hype surrounding vitamin D. Not because it deprives the vitamin of important functions. However, human studies have not yet been able to show that vitamin D has the healing properties that are often promoted, says Fassnacht: “If you look closely, he hopes that the administration of vitamin D has a healing effect, not confirmed.”

Much of the research on this vitamin is either combination or observational. “By definition, these studies cannot prove a causal relationship, they only show mere correlations,” says Fassnacht. The doctor tries to illustrate this with an example:

“Imagine two groups of 80-year-olds. One group is energetic, active and plays sports. If you compare this with the second group in the nursing home, the difference in vitamin D levels will be dramatic. Life expectancy would also be very different. ”

However, it is far too short-sighted to try to explain the different levels of fitness with vitamin D levels alone. “Vitamin D levels are a good measure of how sick someone is. But nothing else, ”says Fassnacht.

According to Fassnacht, none of the interventional studies conducted so far, in which the effects of vitamin D administration on various diseases have been studied in detail, could confirm the existing combination and laboratory studies and the positive effects of vitamin D resulting from them.

“If a coronavirus infection is suspected, vitamin D status should be checked and any deficiency should be quickly corrected” – recommendation of an article published by the University of Hohenheim.

More on this topic: The immune system needs these micronutrients

“Research is ongoing to see if vitamin D helps with COVID-19 infection, but I personally don’t believe that is the case,” says endocrinologist Fassnacht. Nevertheless, it is of course useful to do this research.

“I don’t want to rule out that there are subgroups of people who benefit from an extra dose of vitamin D,” he says. After all, this has been shown to be the case for a severe deficit.

In light of the current research situation, Fassnacht thinks little about prophylactic comprehensive vitamin D substitutes. “My belief that vitamin will help anywhere is very low. But of course I can be wrong.

Editor’s Note, September 15, 2020 Following the publication of the article: In the October 2020 issue of The Journal of Steroid Biochemistry and Molecular Biology, a study will be released that shows that early administration of vitamin D clearly demonstrates the course of COVID-19 can alleviate the course of COVID-19.

The government announces a campaign – the opposition rages – Krone.at

Xiaomi is laughing and Huawei can only watch

Sturm vs Wacker Innsbruck live at ORF: Traditional Duel in Knockout Round 16