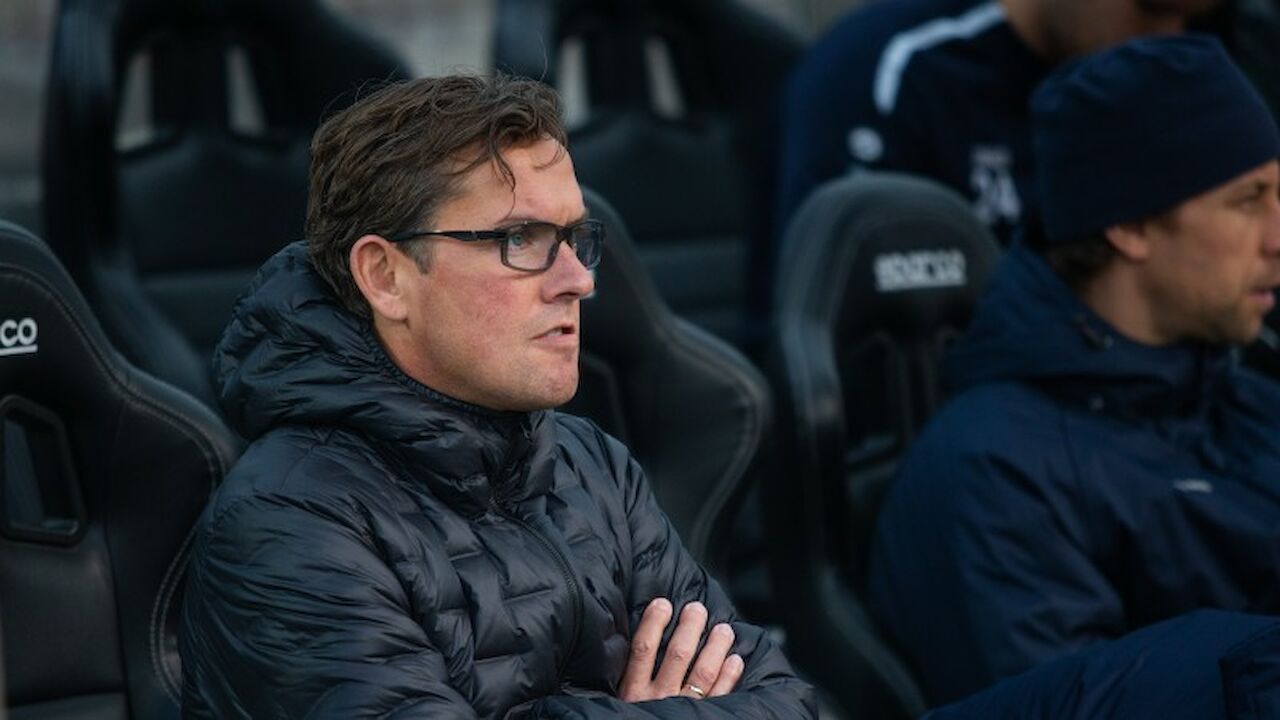 … after the game: “What should I say. The disappointment couldn’t have been greater. We ask many questions but there is no answer. How to deal with the injured, yellow and red card, which also happened quite often, does not mean that we have to stop playing football. I’m sick of everyone playing for themselves. After the yellow and red card of St. Pölten played with ten individual players, not one team. I am also fed up with individual errors. You can play organized and I don’t have to be misunderstood, I think we only played well with the ball for the last ten to fifteen minutes before the break. Fine. At least I tried. These single bugs don’t work. You can’t defend yourself against it, you can train, discuss and analyze the video, but I’m also fed up with the discussions and video analysis. The team in this situation obviously doesn’t have much confidence, but once it is clear how we play the first ten minutes have to start with the long ball and be hot for the second ball and it just doesn’t happen and when we do we have the second ball. and then we just hit them forward. I think either my German is so weak during the week or from the assistant coach but then we are on a different track. It is not illogical that trust then diminishes, it is only human. If the coach hopes it might be better to stop. We can’t replace the entire team, that’s also nonsense. But let me think again. This is something you never really think about, but why not. I am also sorry because there is a lot in boys, they showed it many times. Football is not only about the sun on your face and the wind on your back, it’s also like today: rain, cold and setbacks.

… after the game: “You could have had more tact (yellow and red card), the foul was in the middle lane, we still fought on, but unfortunately we didn’t get this result. It’s just about working, willing, we have to get closer as a team, want more and then better days will come again. “

“It’s not an easy draw, but it can be done over the next three rounds. We need points ”
– Georg Zellhofer

… Before the game: “If you’ve been here for seven years, it’s been a great time, nice stadium, with a training center at the back and a good pitch, as always in Altach. There must be a reaction after the home game. You saw that we still have a lot to do against LASK and Red Bull. It is not an easy draw, but it can be drawn over the next three rounds. We need points. I congratulated Jürgen Werner on his great performance at Tottenham and not a word was said about Alexander Schmidt.

… On Alex Pastoor’s comments: “The disappointment is huge. He made several statements in which as a team you cannot work with him anymore ”.

… before the game for the Altas: “I miss the leaders in Altas, there are too many Indians.”

… on Alex Pastoor’s statements: “The most important thing is that he provided the answers, in football you never change the team, only the coach.”