Bar বড় a wins without Messi 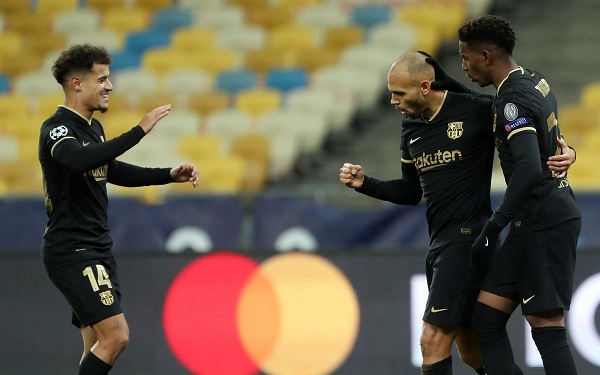 Without Lionel Messi, Barcelona returns from Dynamo Kiev with a great victory. Ronald Koeman’s side confirmed their fourth place in the Champions League group stage.

After a goalless first half, Bar াa opened the scoring in the 52nd minute. A ball found on young Pedri’s cross turned the Brathwaite’s foot towards Dest. The US defender made no mistake by scoring a goal.

Brathwaite doubled the lead in the 57th minute. The Danish striker made his debut in the early XI of this season. Brathwaite scored his second goal in the 80th minute.

Griezmann scored in the second minute of added time to secure a big victory. Jordi Alba was the supplier of the ball to the French forward.

Bar র্থ a tops Group G, winning fourth in a row. Point 12 to the side. Danamore point 1.