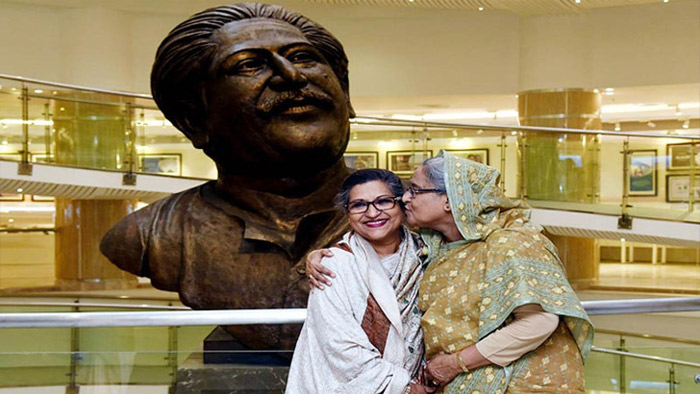 At the end of the inauguration, Prime Minister Sheikh Hasina loved her younger sister Rehan before the portrait of Bangabandhu the Holy Father, Sheikh Mujibur Rahman in the middle of the museum.

He honored us as a nation. This dignity should protect us. We must build this country. Creation without hunger, a poverty-free country of gold. We're working on this goal.

Besides, I will be observing the Golden Jubilee of Bangladesh independence in 2021, he said.