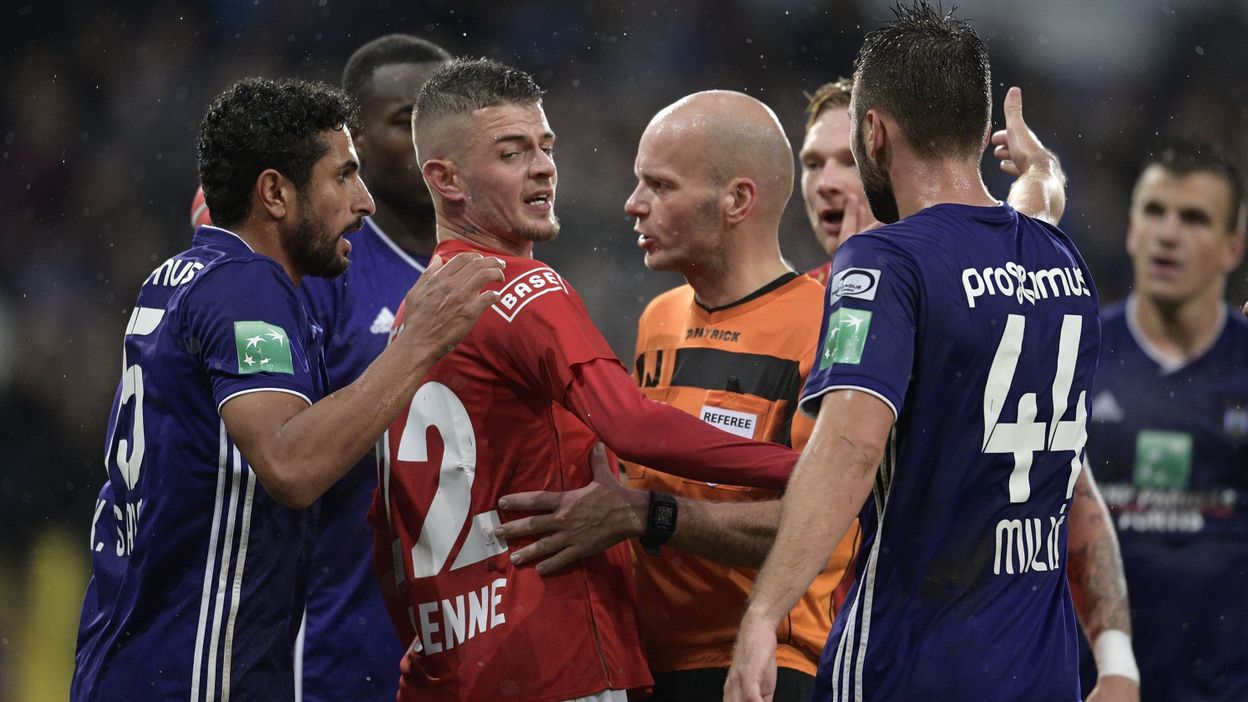 Continuation of our series Classic atypical, before the Anderlecht-Standard shock on the 14th day, Sunday in Brussels. 218th Classico in history. 195. among the elite. A story that began … 101 years ago. And dotted with crunchy episodes.

What are the players doing on this day of commemorating the truce (14-18 and analogically 40-45) and paying tribute to the martyrs of battles? They’re buying a piece of Classico! Disrespecting the celebration, Anderlecht takes out his cannons and winds 6 pearls on poor Liégeois’ necklace. Because at the head of the violet throne of Armada, A. Bombardier : holder of the nickname for hitting a mule and his opponent looking for a goal, Jef Mermans provides 2 of the 6 targets of this first fratricidal duel of the post-war period.

Note: war or no war, the championship continued during the occupation, except for seasons 39-40 and 44-45! But the championship in the form of regional divisions, because the clubs were decimated by the combat requisitions of some of their players, as well as by the difficulties of movement, given the German presence and the destruction of many railroads and roads. So football serves as a distraction, a bit as if the 100% TV version of the Pro-League was acting as a diversion during a pandemic requiring a closed door. Of course, pure speculation …

After the conflicts are over, the Federation will also decide to annul the relegations of the clubs during the three “war championships” … accepting the promoted clubs. Suddenly crammed into the D1 box office 1945-46: 19 clubs, the longest championship to date, with 342 games!

Drop it on soft ground

However, the winner of 2 out of 3 visits to the Stadium Emile’s verse during the Occupation, Banner therefore pays the price for Liberation. IN Sports, ancestor The last hour, the reason for this well squeaked 6-2 is threefold for a columnist: soft ground ” especially in the center, preferring mid and interiors with short dribbles and practicing short passes “(Sic!), Wrong tactical placement” wing halves “(Re-sic) Liège and the speed of execution of Anderlechtois” playing a nice game of feints ”(Repeat).

The local bison, Jef Mermans, is very upset whenever he distinguishes between the material rouche : from 1943 to 1947, during the 5th he stumbled over 8 pawns in the Liège basket Classic next. In his career, he will even give a personal sum of 15 giklets against Rouches – in particular the quadruplet during 6-1 1952).

At the end of 1945-46, Anderlecht will only take third place and Mechelen will be crowned the first post-war Belgian champion: Standard will take a modestly 12th place – the big battles are fought for the 60s … Marksmen, Mermans (32 pawns) will even be defeated by Malinois Bert De Cleyn and sure Arsene Vaillant, future collaborator of Mermans au Parc… and future microphone assistant.

But Bombardier mauve could very well … never was. During his first training in purple, Antwerp residents Mermans were refused entry into the locker room by clubbers ignoring his spinning wheel: ” Are you from Tubantia Borgerhout? Go back to your fanfare: we play soccer here, not trumpet! “Mermans says it himself in his biography:” Without the arrival of the Cassis Adams coach, I would have never entered this locker room! “A real black cat in the early years of his life, Mermans even dealt his colors … defeat by defeat: unaffiliated in his first game, he nevertheless entered the game against Ghent and scored 3 times (6-1 … turned back to 0-5) .

They came to the park for … 125,000 francs (3,000 euros!), The Antwerp Mermans were treated by Arsenal, Turin and Real Madrid. AS Roma even offered 30 million lire, Alfa Romeo … and a 7-bedroom apartment, but nothing helped: the purple president Albert Roosens. I Jef Mermans (second Belgian top goalscorer of all time, 367 purple goals, 60 more than Paul Van Himst…) ends city ​​clerk in Merksem. Where the name of the stadium is. No fanfare or trumpets.

Good old elective course in Latin studies at Athénée de Seraing, nothing better to break into the forest rags. At a time when most students are enjoying the end of their holidays, young Michel Preud’homme spits on gloves: at the age of 18 and a half, a fresh graduate Rhéto puts on the first stilettos at Astrid Park. Last week against Boom, third goalkeeper Sclessin passed the fish at the end of the game Jean-Pol Crucifix, victim ” hole in the ear “(jargon term for concussion.) The crucifix has lost its: eternal lining Christian Piotjust got his chance after injuring the pious Peter.

” A rebellious curl and a soft look “: This is how the future IHL emerges from the newspapers of the time, which sketch a portrait of an emerging talent … and very determined.” In our time, an 18 and a half-year-old boy is just as seasoned as a 25-year-old ten years ago his coach commented then, certain Robert Waseige… Who will argue 25 years later with his ex-foal who has since become its sports director in Sclessin.

” Later “, I want to do Preud’homme veto : he likes animals, he will be a vet. But feeling the flies in front of the attackers opposite, Michmiche takes you. So Astrid Park will be his big night. But this time without the black tunic: from his age, the young porter always plays in black. As Jean Nicolay. Like Piot. His idols.

It is Anderlecht of the great European evenings that will bring him the Cup Winners’ Cup (West Ham and Austria Vienna) and the European Super Cup (Bayern Munich and Liverpool). A team that like Robbie Rensenbrink he prefers to wear a continental tuxedo to a naga skirmish in deep Gaul. But one Classic remains remarkable: from 1972 to 1978 the Mauves had 8 successes over rival Rouche… and the future IHL will not change anything tonight.

” In addition to his great qualities, this boy likes nerves of steel “explains from the rostrum Christian Piot, who came to support the young Preud’homme … who will never return his place to him. Baptism witnesses are numerous: 38,000 spectators crowd the stadium. Emile’s verse… Which can still accommodate standing fans. Traffic jams at the counters: the kick-off is delayed as spectators have to get into their seats from the sideline. A line judge cannot hold office: not even the president Vanden fixed stock, wearing his perpetual felt hat, comes to help the security services sell to the public.

MPH comes out with a prickly head Peter Ressel i will see a penny Johnny Dusbaba returned through his slat. But she will not be able to do anything on 3 purple roses: Benny Nielsen pulls a volley Danish dynamite, Arie Haan wins his duel Philippe Garot (who at 71 still feels skin in Condroz!) before Matchmaking Vander Elst does not place the last Brussels gem in a Personal Event that hits 3 Incoming Defenders. Alfred Riedl, the Austrian mustache that disappeared a few months ago will save the main honor.

He spent everything on jewelry …

The start of the famous tour: MPH will never miss the red gate, speeding up Peter’s goodbye. And he will give the first interviews in front of Athénée de Seraing, right in front of the bistro run by the former rear of Liege, Marinko Rupcic. It is unknown whether these were the first symptoms of the future (and legendary) superstition of the Ougrée bird.

32,000 francs (800 euros…) of his first salary the applicant spends… on jewelery. But for the first two women of his life: a gold locket for grandma, a diamond-studded ring for his mother. It was his forever promise.

At the end of the season, the two rivals will end up in a pocket handkerchief, following Club Brugeois, the champion for the third time in a row … and defeated by the only Kenny Dalglish (Liverpool) in the Champions Cup final at Wembley. And D2 will reveal a promoter who a few seasons later will co-author the black page in the story of Standard: Waterschei …

Receive the most important sports information every morning.