End of free parking at Silly! 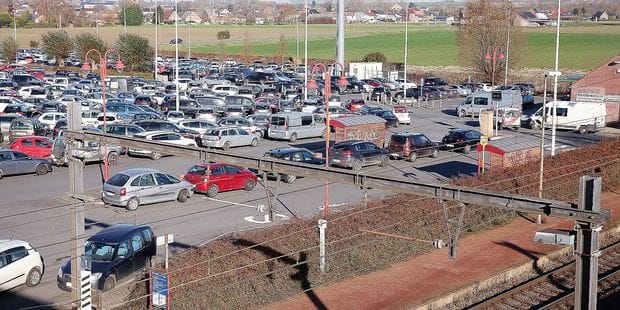 The commune is negotiating with SNCB that commuters will benefit from a reduced rate for parking the station.

Free parking at the Silly station will soon become a thing of the past.

SNCB used the end of its extension works (682 places) to install barriers that herald the imminent establishment of a road toll system, as is already the case with a large number of municipalities at the railway station.

Lamenting the lack of information on the subject, the Ecolo group arrested the mayor of the next-to-last council of the next term on Monday evening. Damien Blondiau wanted to know if a specific tariff would be reserved for residents of the facility occupying the station's daily parking lot.

"A month ago, the commune started negotiations in this direction with SNCB and a private company that will be responsible for managing the future paid parking", says Christian Leclercq.

It should be known that from the moment of establishing here, about thirty years, maintaining the surroundings is provided by the employees of the commune, and therefore at the expense of this.

"Every year, the bill is € 20,000.Many times in the past, the municipality has reported these expenses to SNCB, but the dispute is still unresolved, and we are currently negotiating with the direction of the railway to pay the Sicilian commuters to benefit from the preferential tariff."adds the mayor.

The latter is definitely optimistic. "SNCB is aware of the need to find a compensation solution for 38% of Silliens using this car park, and a new meeting is planned within 15 days to find an agreement that can satisfy all parties at the table."

The municipality has already managed to persuade SNCB to pay parking at Enghien Station at the same time, so as not to reinforce the appeal of Silly. Christian Leclercq also announced that the Kiss and Ride spaces are well planned.

PS, believes that the poorest people should be able to continue access to the free SNCB car park.

"Unfortunately, the commune has no decision-making powers in relation to spaces that do not belong to it, it is not obliged to decree the social policy of SNCB car parks, for which this is primarily a matter of profitability, investments made on its lines",