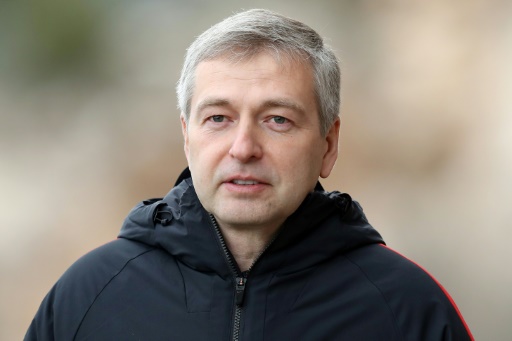 The hearing of the Russian head of AS Monaco, Dmitry Rybolovlev, Tuesday's arrest under the high-profile case of alleged fraud against the former Swiss art dealer Yves Bouvier, resumed on Wednesday morning in Monaco, we learned in the billionaire's environment.

Rybolovlev, who was detained on Tuesday, spent the night in police custody, the source said.

"The facts for which they are understood are based (…) on the use of his lawyer's mobile phone", said Yesterday in a statement by Me Hervé Temime and his colleague Thomas Giaccardi, a Russian lawyer who has not stopped, after taking this phone, declare a violation confidential correspondence of a lawyer.

Tetiana Bersheda's mobile phone was taken in the medico-legal battle between Mr. Rybolovlev and Mr. Bouvier, the first to accuse the second fraud of a billion dollars, with the help of their mutual friend Tani Rappo through the use of exorbitant markup margins.

In support of this complaint concerning the fraud at the beginning of 2015, Me Bersheda herself presented the registration of Mrs Rappo, who was challenged by her.

Subsequently, the investigating judge removed all phone messages that lawyers of Mr. Rybolovlev believe illegal. "In this respect, an appeal to the revision court in Monaco continues," they said on Tuesday.

The text messages from Bersheda's telephone in the French press provoked a scandal in Monaco, demonstrating that Mr Rybolovlev would benefit from the good relations of his lawyer with the leaders of the police Monaco and Philippe Narmino and then the guard of the Seal of the Principality to imprison Mr Bouvier.

From the status of plaintiff and prosecutor, Mr. Rybolovlev, head of AS Monaco, champion of the football club in France 2017, passed in October 2017 as champion of the case, for "complicity in the violation of the right to privacy."

The use of Mr Bershed's telephone also led to the investigation of X on the trade of influence and the early departure of Justice Minister Philippe & narmino.