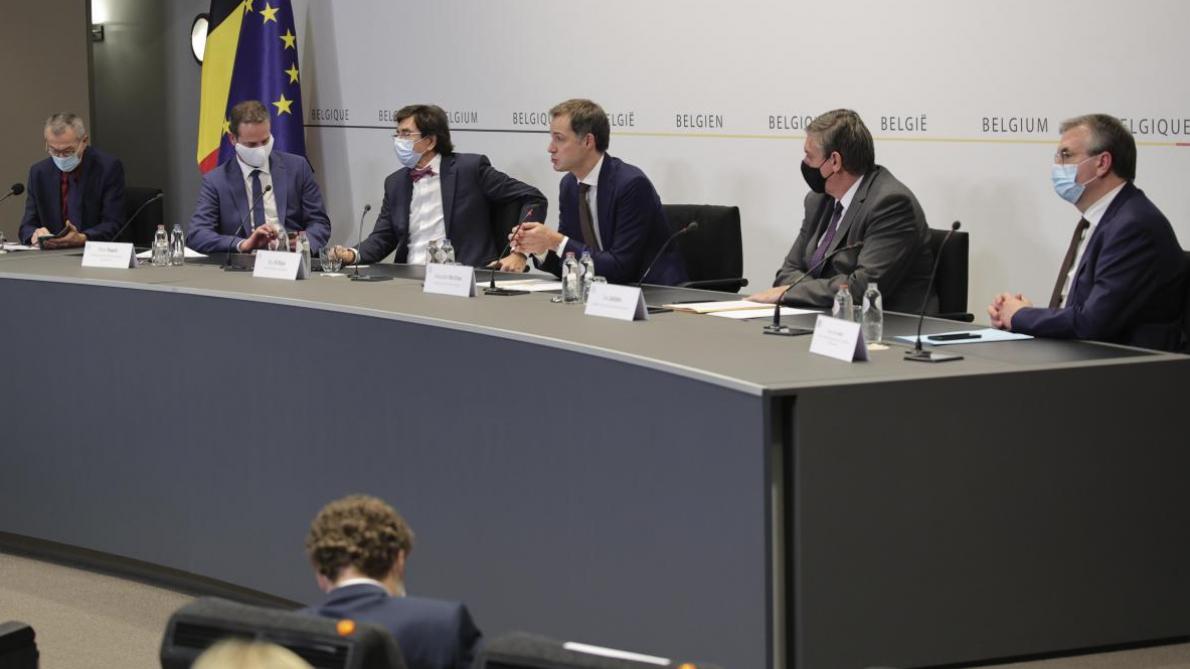 T.All companies will be able to reopen their doors next Tuesday, Prime Minister Alexander De Croo announced Friday night at the end of the consultative committee meeting.

Despite this loosening, the federal government and federal units have decided to maintain very stringent measures pending a more significant improvement in the pollution index. The end of the year celebrations will therefore be held “in a small group”.

“We cannot spoil what we have done in the last 4 weeks in 4 days,” declared the prime minister. Please don’t start a disastrous sophomore year. Therefore, the consultative committee decided not to deconfinalize before February 1, despite some relaxation.

The reopening of stores

The so-called “redundant” stores will be able to reopen next Tuesday, December 1, the Prime Minister announced. But “we can only do it if we do it responsibly and safely,” he warned.

“There will be no more relaxing shopping in the coming weeks.” In fact, the duration will be limited to 30 minutes and the standard of one customer per 10 square meters must be respected.

Accordingly, stores will have to follow strict hygiene measures. Preventive measures should be made visible to all visitors, including employees and suppliers. The disinfectant gel must be available at the entrance

Races must be solo, unless you are accompanying someone who needs help. The association of minors under the age of 18 should be as limited as possible.

The store will also be responsible for the queue outside and must ensure that physical distance is respected.

The municipal authorities will be responsible for organizing access to shopping centers. “If you go to the store, do it responsibly,” insisted the prime minister.

In addition to shops, swimming pools and museums will be able to reopen their doors next Tuesday.

Until the end of the year, the rule of admitting only one person will apply. “The holiday season will be different. We will celebrate this in a smaller committee, ”said Alexander De Croo.

“But we must be careful that the holidays are not held alone. Therefore, on December 24 or 25 (but not both) single people will be able to invite two people at the same time. Curfew and federal assembly ban will be in effect from midnight to 5:00 am, and fireworks will be banned on New Year’s Eve.

Travel abroad will be strictly controlled. Red zone returnees will be subject to ‘active’ checks to see that travelers have completed a Passenger Location Form (PLF) and that the quarantine rules are being followed, Alexander De Croo said. He added that a global approach to travel at European level would be desirable.

In the subject of winter sports, the Prime Minister emphasized the need to avoid repeating the mistakes of last year, when skiing holidays were a catalyst for a pandemic on the continent. Consequently, he would like Austria and Switzerland to follow the example of France and Germany, which have decided to close their resorts or at least their winter sports infrastructure.

All measures announced on Friday will remain in effect until January 15, with an evaluation scheduled for early January. Schools will remain open, the topic was not discussed in the afternoon.

“In order to move from the declining phase, during which the contamination figures must be reduced as quickly as possible, to the management phase, the incidence rate must remain sufficiently low,” warned the Prime Minister.