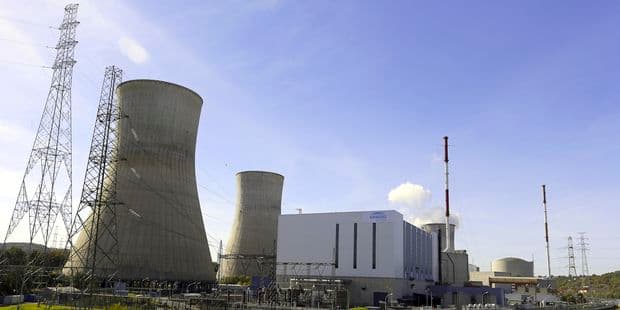 The second external power supply system for the Tihange 1 nuclear reactor was not available from June 23, 2018. Until July 14, 2018, which was discovered by the operator of the Engie Electrabel power plant at the end of October. Wednesday on your website of the Federal Nuclear Control Agency. This event was rated by FANC at level 1 (lowest) in the INES scale of nuclear events (which has seven levels) and did not affect the population, employees or the environment. A second external power supply system was provided in the event of a problem with the standard external nuclear reactor supply. The latter system consists of two redundant circuits that power the plant to ensure a safe shutdown.

October 20, 2018 Explains FANC, during the planned shutdown of the Tihange 1 reactor, the operator realized that one of the two circuits of this second external power source is not powered by electricity. Analyzes have shown that this unavailability goes back to June 16, 2018. That is, the dates of the last scheduled maintenance of this circuit.

In addition, the operator of the installation noted that the power supply of the second circuit of this second external power source was cut off during the planned maintenance of this circuit between June 23, 2018 and July 14, 2018. "Therefore, during this period, two power circuits were unavailable, which is contrary to the regulations "says FANC, who notes that this is a violation of the regulations that led to the classification of the event at level 1 (" anomaly ") of the INES (International Nuclear Event Scale) scale.

"At that time, reactor safety was always guaranteed because emergency systems, such as emergency diesel units, worked efficiently and would allow, in the event of problems, the engine to be shut down – a safe reactor," said AFCN, who added that this anomaly "had no effect on safety of personnel, population and the environment ".