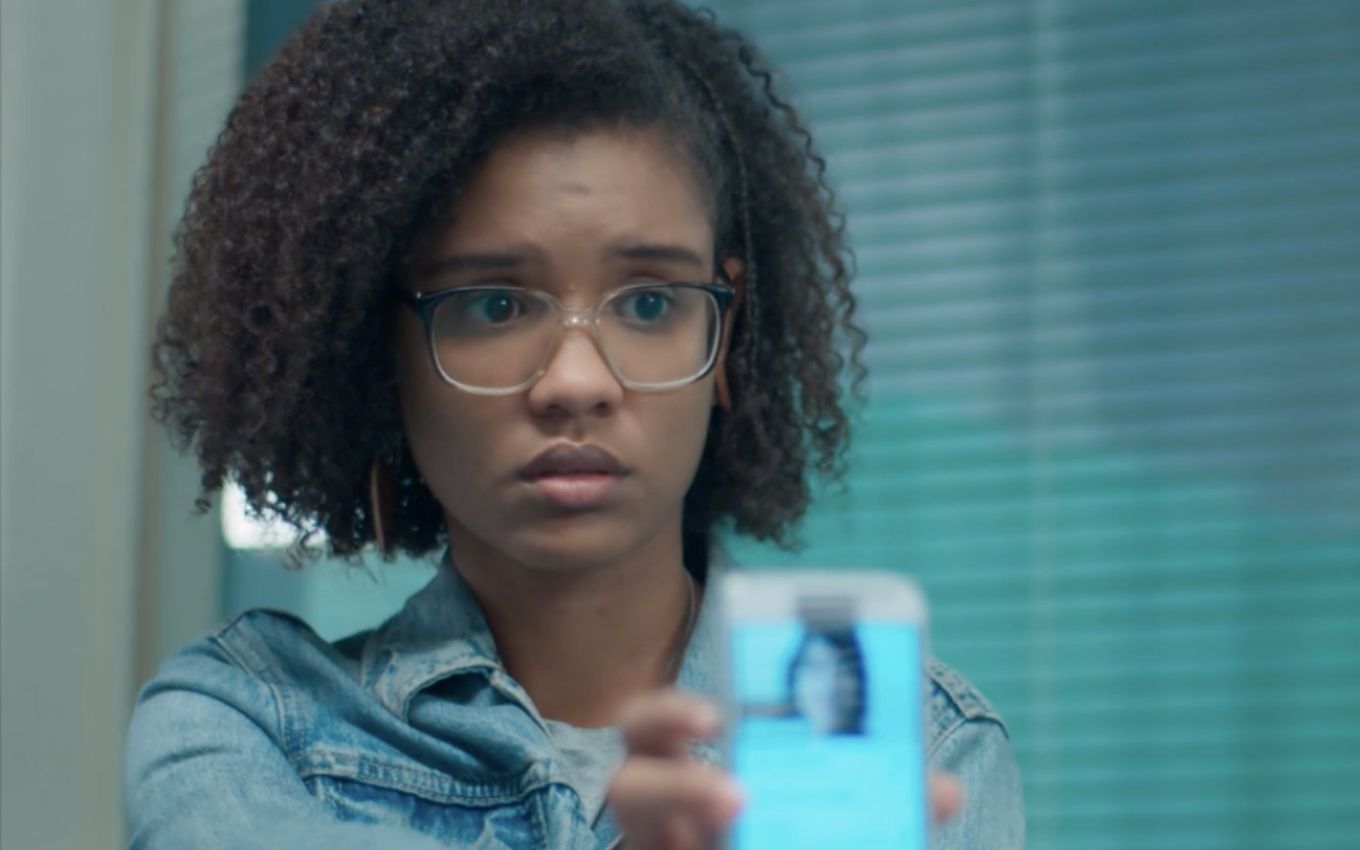 ABSTRACT: After Anderson (Juan Paiva) suffered a serious accident in Malhação – Viva a Diferença, Ellen (Heslaine Vieira) will attack Sherlock Holmes to investigate what caused his brother to hit a motorcycle. Nerd will then discover that Mitsuko (Lina Agifu) was the last person to meet the motoboy before losing control and crashing into the bus

Second, 12/7 (Chapter 175)
Anderson is saved by an ambulance. K2 manipulates Dad and tries to get closer to the boy. Moqueca warns Ellen and Das Dores about Anderson’s accident. Anderson is taken to the hospital where Nena works, and the nurse looks desperately at her son’s condition. Ellen tells Tina about her brother’s accident.

Keyla, Fio, Benê and Lica go to the hospital where Anderson is staying. Samantha suffers when she learns of the accident. Edgar, Ernesto, and Boris are talking when Malu arrives. Everyone supports Ellen and Das Dores. Tina blames Mitsuko for what happened to Anderson. Nena pleads with Mitsuko for Anderson’s support. Mitsuko announces that he will start Anderson’s operation.

Tuesday, 8/12 (Chapter 176)
At the hospital, everyone prays for Anderson. Noboru comforts Tina. Mitsuko warns Anderson is in no danger, and Nena thanks the doctor. Dad tells Fio about K2’s alleged pregnancy and insinuates that he will return to his relationship with the girl. K2 tells Dad to tell Keyla that he will become a father. Samantha supports Tina and claims Anderson loves her.

Nena, Das Dores, Ellen and Tina join forces to recover Anderson. Mitsuko announces Anderson may lose leg movement. K2 lies and tells Keyli she is pregnant. At the hospital, a policeman questions the origin of the money Anderson found during the accident.

Wednesday, 9/12 (Chapter 177)
Tina notices Mitsuko’s nervousness during the interrogation of a policeman. Nena says the money wasn’t from Anderson. Keyla explains to K2 how to care for pregnancy. MB and Felipe provoke Samantha, who feels attached to Lika. Keyla talks to Dad about K2’s alleged pregnancy and says she will always be with her friend.

Malu confronts Clara and Lica, who confront her. Anderson wakes up from a postoperative coma. Tina investigates Anderson’s latest delivery. Keyla tells Benê about K2 and Dad. Tina insists Anderson remember the day of the accident, and Mitsuko is desperate.

Thursday, 12/10 (Chapter 178)
Tina confronts Mitsuko, who demands that Tina step aside to get Anderson back. Ellen worries about her family’s finances. K2 tells K1 that she will be a great mother. Roney finds out about K2’s alleged pregnancy and scolds Dad.

Gabriel asks to spend the season with Roney. Ellen warns Keyla that K2 may have rigged his exams. Clara talks to Malu about her plans to cut spending at Colégio Grupo. Ellen learns that Mitsuko was the one who asked Anderson for his last delivery before the accident. Anderson regains his memory.

Friday, 11/12 (Chapter 179)
Anderson is ill, and Nena asks Ellen to stay away. Ellen tells Tina Anderson has regained her memory. Doris leads K2 to reveal the alleged pregnancy to her mother, and the girl is concerned. Roney lets Gabriel spend the season at her home. K2 is concerned about becoming the subject of school jokes.

Marta and Luís convince Dóris to evaluate the campaign of her project. Ernesto twists the foot while Nena looks after the teacher. Juca tells Benê that he is thinking about finding a job. Tina confronts Mitsuko. K2 presses Dad to stay with her. Malu asks Clara if Lica and Samantha are dating. Tina decides to leave the house.

Sections of Malhação: Viva a Diferença are provided by Globo and are subject to change without notice

In addition to following the As Five news here on the site, subscribe to the feed TV news on YouTube and watch movies with the revelations of what will happen in other soap operas and series.