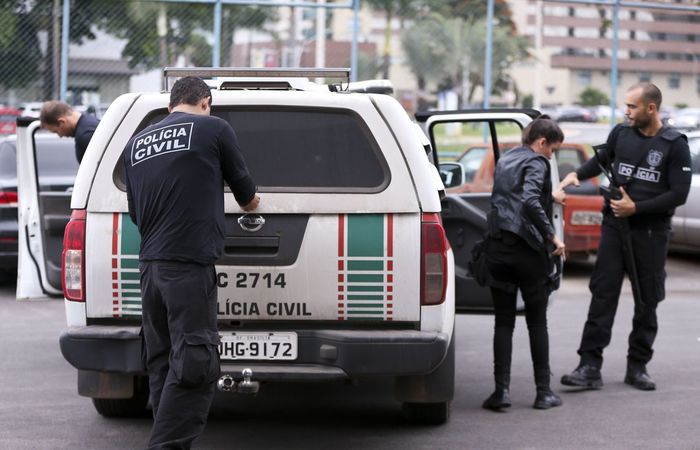 The operation of the Ministry of Public Security and Civil Police arrested 166 people, including 74 in flagrante delicto, and took 21 teenagers on Tuesday (13) in a lawsuit to stop drug trafficking in and around 51 public schools and deprived of the country Up to 9 hours this Tuesday was 29 outlawed. The police took over money, weapons, vehicles and electronics.

A total of 8,000 police officers serve 41 arrest, search and seizure orders in 26 states and the federal district. In cooperation with the National Council of Civil Police Heads, the Law Angels operation was carried out in the vicinity (up to 400 meters) of public and private schools.

According to Emerson Wendt, chairman of the National Council of Civilian Chiefs of Police and coordinator of Operation Angels, 166 people were arrested (74 people were arrested on flagship charges, 29 outlaws, 41 warrants and 21 seized teenagers). They took money, electronics, 16 weapons, vehicles, cell phones. It is estimated that if you approach the 1000 arrests of traffickers who move near schools, "said Wendt.

This is the fourth national operation carried out since May by the civilian police. The first operation was the Lightness of Childhood in the fight against pedophilia from 251 prisons. In August, the Cronos operation took place, with 3300 arrests. And the last operation was in September in Midas, focusing on combating the crime of robbery and robbery, and had over 4,000 arrests and seizures throughout the country.

According to public security minister Raul Jugmann, the aim is to stop young people from being intercepted by traffic. The operation leads to knowledge of schools to limit the presence of traffickers in their environment.

"We know that, unfortunately, the traffic around our schools is circling around pupils and from an early age trying to make young people and students use drugs," said Jugmann.

About one thousand policemen from ten internal departments (Deinter) as well as from the Greater SP (Demacro) and capital (Decap) departments took part in São Paulo. In Jundiaí, in the Campinas region, around 4,000 cracks have been occupied about 100 meters from two schools. One man was arrested in the act.

"We are fully committed, we understand the depth, range and social value of this operation, which already in the State itself has already given 29 glaring characters," said Paulo Bicudo.