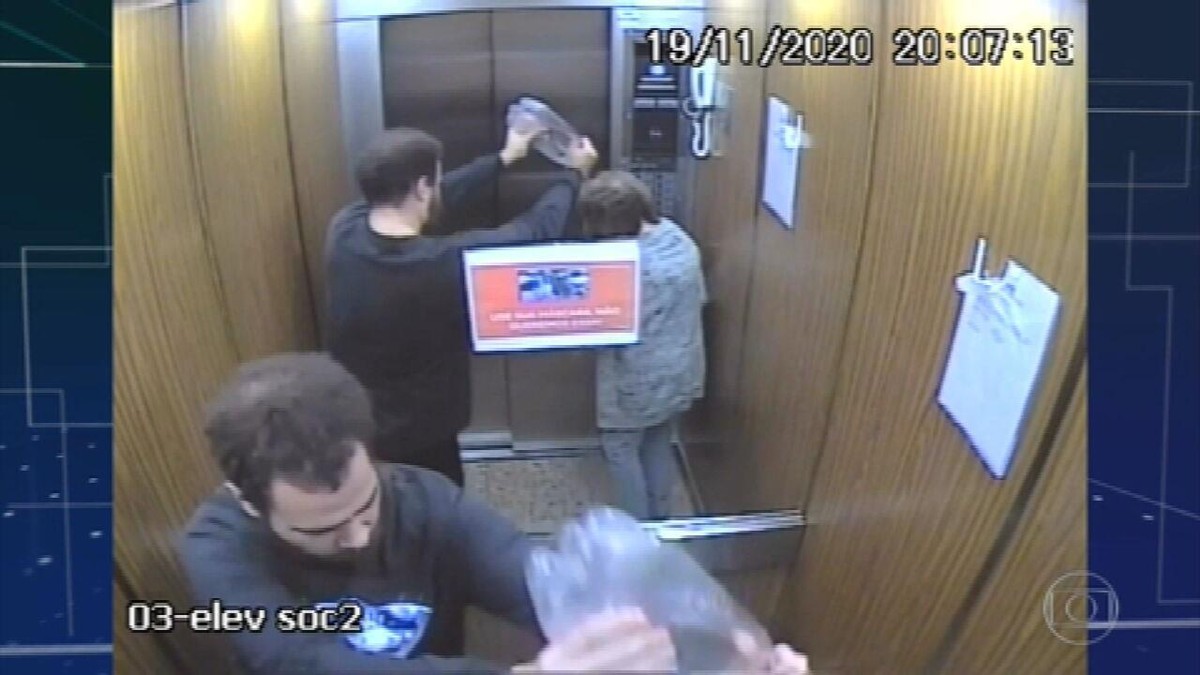 The elevator pictures of the building where the family lives in Leblon, in the south of Rio, show recent aggression. It was Thursday (7pm), around 8pm. Matheus da Luz pours water from a bottle over the head of her 76-year-old grandmother and seems to be arguing with her. Then it hits the panel.

Neighbors called the police. They reported that the elderly woman used to sit on the sofa in the hall to avoid being mugged at home.

In a testimony at the police station, Matheus da Luz, 21, said he was unemployed and living off a pension his grandmother was receiving. He said he lost his head and started the elevator violence because he spent five days without receiving any money.

Matheus confessed that “Grandma’s injuries were due to heavy pushing and grabbing.”

“He also confesses from the cold that he put out the cigarettes on the victim’s body, which is a completely shocking situation,” said police chief Felipe Santoro.

According to police, Grandma was also heard and tried to protect Matheus. He said that his grandson is a breeder, that he managed to keep him as a child, that he had psychiatric problems since he was a child and was already hospitalized.

Regarding the injuries, he says the injuries were caused by the family’s “dog”. However, according to police, a report by Instituto Médico Legal reveals that the elderly woman was hit.

Matheus da Luz has six more criminal notes. Among them, the threat against my grandmother in 2017 and the assault on my mother last year.

This Saturday (21), the court ordered his temporary arrest. Matheus will respond to injury, domestic violence, discrimination and humiliation of the elderly, and harm.

“They cause enormous social rejection and natural outrage over all these facts that must be fought hard,” says the delegate.