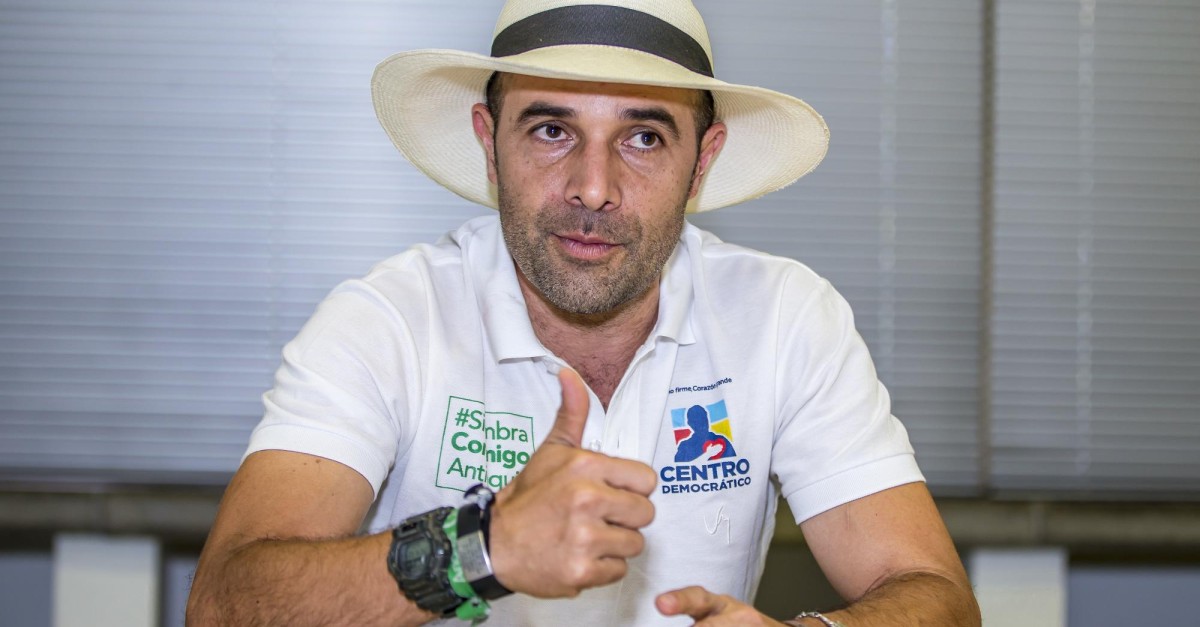 Former government candidate in the Democratic Center, Andrés Guerra, he agreed to be Antioquia's deputy for the years 2020–2023, using the opposition's statute to be second in the elections for Hannibal Gaviria.

Guerra thought about this decision for some time and finally passed it on his social networks.

"I just met Antioquia and Colombia. I sent a letter with a notary to the secretary for the meeting. I listen, learn and understand from social networks that my arrival at the Congregation is independent but also constructive. This is the task at the Democratic Center, "said Guerra.

The Democratic Center's position is considering the possibility of announcing a government organization party because of the persistent links between Uribism and the elected governor Hannibal Gaviria.

Article 25 of the opposition's statute allows those who remained second in the elections to receive a mandate in a 'personal' way. On this basis, Guerra announced that his position would be independent, even if it would be contrary to the Democratic Center bloc in this corporation.