No transparency about AstraZeneca 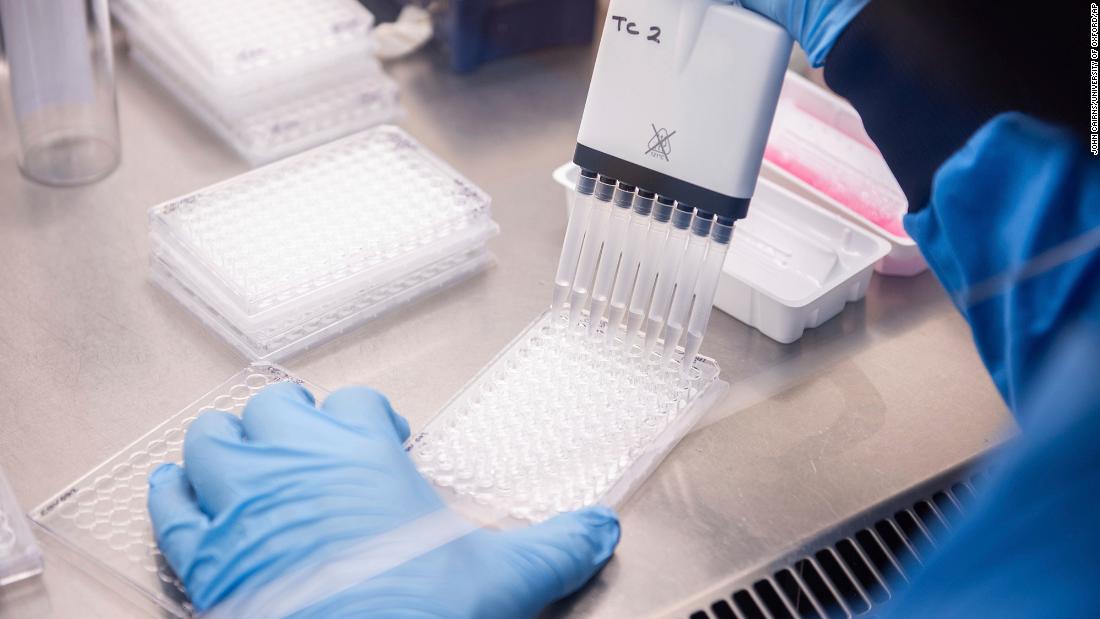 (CNN) – When British-Swedish drug maker AstraZeneca announced on Monday that its experimental coronavirus vaccine was on average 70% effective, the world breathed a sigh of relief and action rebounded. Another vaccine has appeared with promising results.

However, the lack of clarity on various aspects of the AstraZeneca vaccine trials has raised some eyebrows in the scientific community, which could delay the vaccine approval date in Europe and the United States.

AstraZeneca said on Monday that study participants in the UK had received two different series of vaccines.

The drug manufacturer, which developed the vaccine with the University of Oxford, however, did not explain at the time why he used two different dosing schedules or why the size of one group was significantly smaller than the other.

In one group, 2,741 participants received half the dose of the vaccine followed by the full dose at least one month later. This group was 90% protected against COVID-19.

In the second group, 8,895 participants received the full dose followed by the next full dose at least one month later. This group was protected only in 62%.

That’s why AstraZeneca says its vaccine is on average 70% effective.

However, some researchers are wondering why the company would report a combined result from two different studies when this deviates from standard clinical trial reports.

A few days after this announcement, another problem arose.

On Tuesday, Mene Pangalos, AstraZeneca’s executive vice president, who leads non-cancer research and development, first explained to Reuters that lab error was the reason some volunteers received a lower dose that was 90% effective. “The reason we get half the dose is by chance,” said Pangalos, adding that the researchers “underestimated the dose of the vaccine by half.”

In a statement Wednesday, the Oxford Vaccine Communications Manager told CNN that “ the dose selection of each new vaccine is a complicated area, and by examining dose selection methods, we found that another dose was administered. lower than expected ».

Oxford released more details on Thursday, saying in a statement to CNN that “a difference in manufacturing process” led to error.

This production issue has since been corrected, according to the statement, noting that the UK regulator overseeing the test agreed to include “both approaches” in phase 3.

In this undated image released this week by the University of Oxford, a researcher at the Oxford Vaccine Group is working on the AstraZeneca-Oxford vaccine against the coronavirus.

While AstraZeneca and Oxford face criticism for transparency because they failed to mention a bug in the press release announcing the results or in the Monday press call, the company believes the world should focus on positive test results. .

“Regardless of how you split the data, even if you just believe the data for the full dose … we still have an efficacy that meets the approval thresholds for a vaccine that is above 60% effective,” noted Pangalos, according to WSJ.

AstraZeneca and Oxford have not yet presented a candidate for an interview, as requested by CNN.

The US Food and Drug Administration (FDA) requires a threshold of at least 50% effectiveness. However, it is unclear whether the FDA will allow emergency use.

AstraZeneca has not yet tested its average dosage in the US. But on Thursday, a company spokesman told CNN that its goal was to incorporate a half-strength dosing regimen into trials in the US, which now includes around 10,000 participants.

A spokesman said the company expects to hire a total of around 40,000 volunteers, some of whom will receive half the dose of the vaccine. They added that they were in “ongoing discussions” with the FDA for approval, adding that nothing formal had been announced.

On Monday, Dr. Paul Offit, a member of the FDA’s Advisory Committee on Vaccines and Related Biological Products, which will review COVID-19 vaccines prior to their release to the market, said the lack of data led to their conclusions being “difficult to understand. discover it. “

When two other major drug makers, Pfizer and Moderna, released their efficacy results earlier this month, they included the data that led to their results.

AstraZeneca presented an analysis of 23,000 participants in a phase 3 study.

He said some participants received the Covid-19 vaccine, while others received a different vaccine for an unrelated virus or placebo injections.

According to AstraZeneca, a total of 131 study participants developed COVID-19, but they did not say how many of these people received the vaccine.

It is also not clear why the two-dose regimens produced such different measures of effectiveness.

Oxford’s chief researcher, Professor Andrew Pollard, told reporters on Monday that it likely had to do with the delicate balance of dosing someone with a sufficient dose to trigger an immune response against the disease.

“What we’ve always tried to do with the vaccine is trick the immune system into believing there is a dangerous infection that it has to respond to, but by doing it in a very safe manner,” explained Pollard.

So it could be that the best way to “kick in the immune system” is to get a little vaccine first and then more, he said.

In response to whether he was really convinced that the 90% success rate in the half-dose group was not only a feature of a small sample size, Pollard said the result was “very significant … even with the numbers we have.”

However, experts are wondering if these results will persist if more people take the lower dose.

In an interview with journalists on Wednesday, US Vaccine Tsar Moncef Slaoui said he was looking at data on AstraZeneca.

He indicated that the group that mistakenly received the lowest dose that was 90% effective was the younger group where no one was older than 55 years. This could potentially impact the strength of AstraZeneca’s discoveries, as young people tend to elicit a stronger immune response to vaccines.

Both Oxford and AstraZeneca told CNN on Thursday that they could not provide a breakdown of the ages of people who received the vaccine in this smaller group.

A spokesman for AstraZeneca told CNN on Thursday that “given the high efficacy we now see with different dosing regimens, further exploring these findings to determine the most effective vaccine dosing schedule is of great value.”

He added that the company is in talks with regulators around the world to evaluate the findings and that they are waiting for the publication of peer-reviewed results.

However, Dr. Saad Omer, a vaccine specialist at the Yale School of Medicine, believes that the group with a 90% success rate is relatively small, and the results may not be sustained when more people receive the regimen. .

“I hate to criticize my fellow academics or anyone else,” he said, “but spreading this information is like asking us to try to read the tea leaves.”

AstraZeneca shares have fallen more than 6% since its announcement on Monday.