Researchers are designing drugs for the treatment of Alzheimer's disease 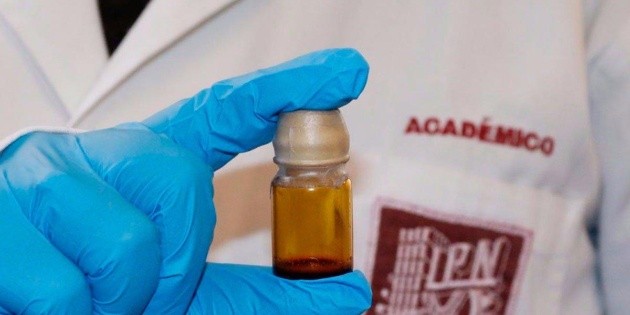 Researchers from the National Polytechnic Institute (IPN) designed a multi-tasking compound that works on the three pharmacological goals of Alzheimer's disease, said Martha Cecilia Rosales Hernández, who is in charge of research at the School of Medicine (ESM).

He explained that the substance It was evaluated in cell lines and animal models and was found to have a very similar effect on the compound called galantaminewhich is currently used to treat this disorder in mild to moderate stages.

The expert pointed out that Alzheimer & # 39; s is a disease that is difficult to diagnose, because it is often confused with senile dementia and although in Mexico there is no accurate data about the disease, it is estimated that it affects between six and nine percent of the population over 60 years.

He added that a compound with multiple targets improves memory because it is able to inhibit the enzyme acetylcholinesterase, increases acetylcholine in synapses and increases neurotransmission.

Rosales Hernández said the developed product attempts to prevent aggregation of beta-amyloid peptide in the same way causes the growth of senile plaques and some proinflammatory molecules that produce reactive oxygen species.

To understand the behavior of beta-amyloid peptides, IPN researchers calculate the molecules that interact with it, which allows for specific structures to avoid aggregation of the peptide.

The functioning of molecules is evaluated using computational tools and three or five with the best activity are selected, the process that It saves time and money in research.

Rosales added that up to now there are no drugs targeting several goals and concluded that pharmacokinetic tests, toxicity tests and lethal doses in animals are still required before going on to the clinical stage.

He explained that Alzheimer's disease is a multi-neurodegenerative process of the central nervous system, characterized by a clinically progressive loss of memory and short-term attention, and then the involvement of other cognitive skills, such as language, abstract thinking, Critical evaluation and recognition of places or persons.

In the meantime, neuritic plaques or senile plaques (highly toxic to neurons) are sharpened beta-amyloid protein deposits that form extracellularly in the intracavitary space of the gray matter of the brain, mainly in the hippocampus and prefrontal cortex, which deal with memory and emotional control.