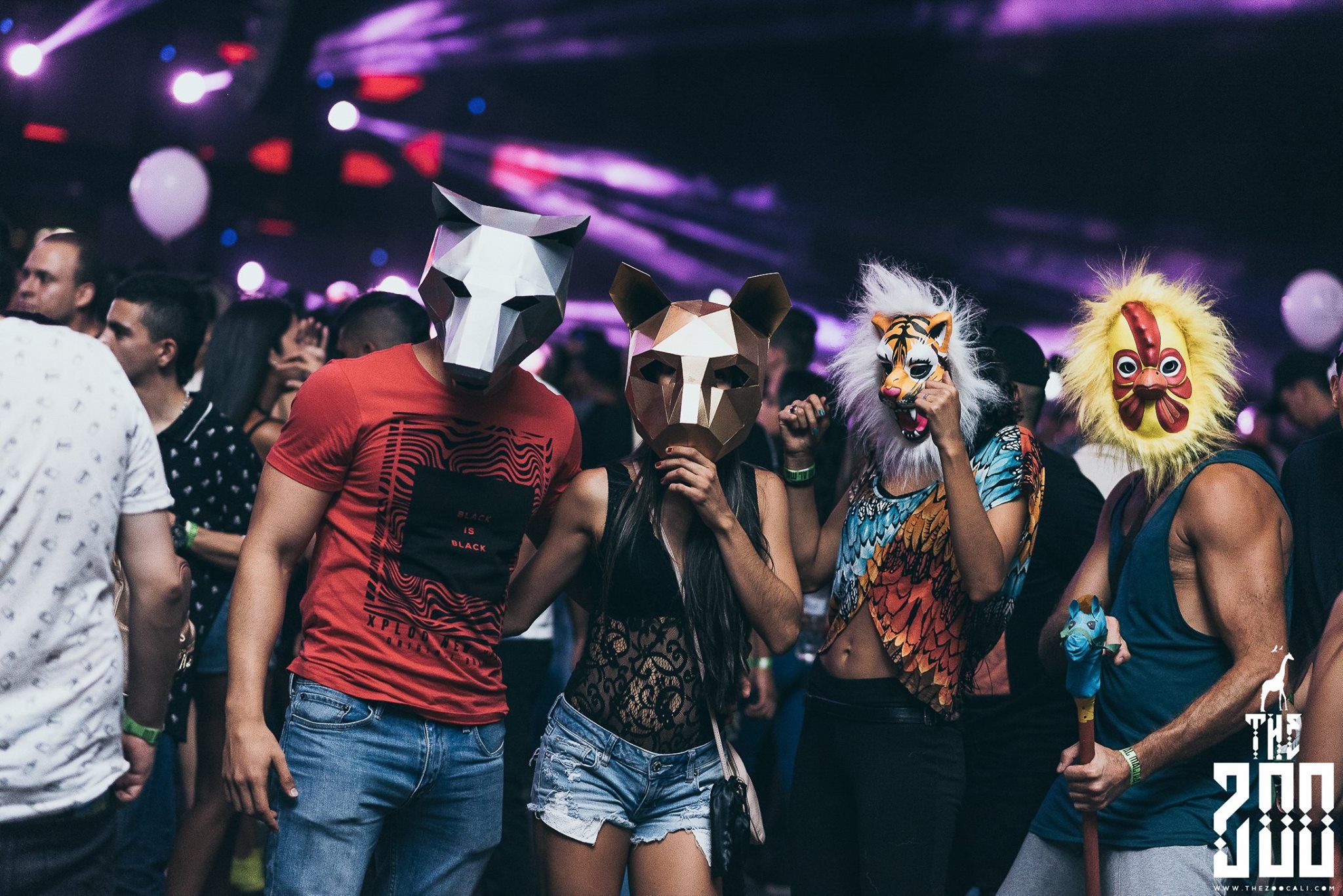 Over the years, Cali has become the stage where music began to shine with more force and not only salsa was devoted to conquering the most demanding ears.

For example, electronic music has gained an important place in the heart of Cali, so that international festivals organize the best events in the capital of the Valley.

One of such events is "The Zoo", an event that never ceases to surprise and that 2018 will reach the fifth version.

The idea was born of six entrepreneurs from Caleño, who are trying to regain the musical scene of the city through art, academic environment, responsible consumption, and above all, love of animals.

Under the influence of major international events, the "Zoo" was born in Cali, giving a "branch of heaven" a show that has nothing to envy European, American and Argentinian musicals.

The fifth version will include the participation of artists from the national scene, such as Daniel Chica, Noreña, Brigante, and Fatbastrd, among others; and with well-known techno, tech-house and house representatives in the international arena: Paco Osuna, Kobosil, Juan Atkins, Kevin Saunderson, Fabio Florido and Zendid.

In addition to the musical component, the "Zoo" has an academic program with workshops, workshops and discussions around electronic music that will literally take its participants to a new horizon at Levels Art and Entertainment Building.

The academic and cultural program will take place on Saturday, November 10th, 6AN 24N-16, where Daniel Gomez from "Outter Space Sounds" and Carlos Benedetti from "Voodo Mambo" will take the floor to consolidate the knowledge of this musical genre

CThanks to allies such as Spiwak Hotel and Corazón Gatuno Foundation, this program will bring new surprises, promoting the city's construction around electronic music.

The meeting will take place on Sunday 11 November in La Dolores, Green Area, on the route connecting Cali with Palmira, from 3pm.

On the day of the event, the beer will be donated for consumption within the framework of the festival for each person who carries two kilograms of food received, this collection will be delivered to the "Corazón Gatuno" foundation.If you want more information, you can contact your mobile phone: 300 895 0162 or a social network: https://www.facebook.com/thezoocali/