CSA will change the fleet of aircraft, ending with Airbus A319 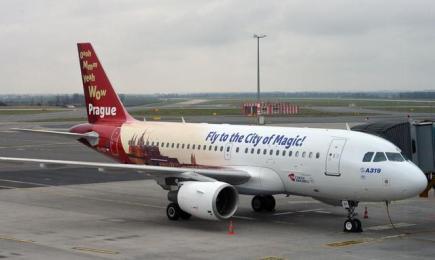 Prague – Czech Airlines (CSA) will significantly change the fleet and end all Airbus A319 aircraft. The travel service for the parent company Boeing 737-800 will be replaced. The CSA will terminate lease contracts on airbus until 2020, before renting five vehicles to the German Eurowings. Information about the Zdabravy.cz server and the ČSA news list has been confirmed by the CSA spokesman Daniel Šabík.

Currently, there are eight Airbus A319 in the CSA fleet, which the carriers have leased from leasing companies. According to the spokesperson, rents are closed for another period, the last one should end by 2020 at the latest. Leasing will no longer be extended by the carrier.

Via five Airbus A319 aircraft, the CSA will operate a German branch of Lufthansa, Eurowings. The contract with Germany is expected to last from January next year.

"The CSA relies on successful cooperation last year with Eurowings in the rental of aircraft, including crews, serving up to four Airbus A319 aircraft in Germany at various bases in Germany from October 2017. By May 2018. In the last few weeks, it was agreed continuing this cooperation, the rental will be for a period of 12 to 18 months, depending on the particular aircraft, "said the spokesperson.

The next three machines will be used by ČSA for own lines in the upcoming winter season, which will end in the spring of next year. After the ČSA season, it terminates contracts with these aircraft.

The CSA fleet will therefore remain the only Airbus A330-300 jet leased by Korean Air. However, the narrowing of the fleet does not reduce the carrier's flight rules, the lines will continue to operate through the parent company Boeing 737-800 Travel Service, which will change the trading name on Smartwings.

Czech Airlines is one of the five oldest airlines in the world. Last year, we transported 2.9 million passengers, an increase of seven percent year on year. Travel Service bought 64 percent. CSA shares from the Korean company Air and Prisko in February this year. Thus he became the owner of 97.7% of national airlines.