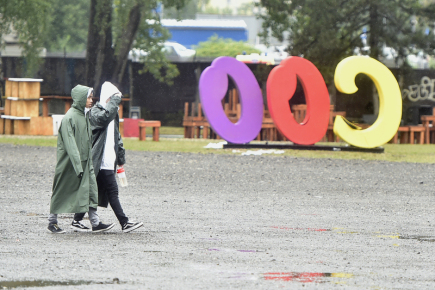 Ostrava – Organizers of the Colors of Ostrava festival are looking for a replacement for Agrofert, who decided to end the support of this event. The organizers are convinced that they will soon find a new main partner and will not have to save on the program. ČTK said today spokesperson for the performance Jiří Sedlák. The next festival will take place in Dolních Vítkovice on 17-20 July 2019. The organizers have already announced that the main star will be The Cure.

"We are looking for a new partner and we definitely do not want to limit the program or other opportunities for campus visitors." We believe that we can find our partner, "said Sedlák. According to him, therefore, with the possibility of cutting the budget now does not count." This is only a hypothetical question "- he added.

Information on the completion of cooperation between the festival and Agrofert organized the organizers on their facebook. "This is Agrofert's decision," said Sedlak. On Wednesday, after the cooperation, serveriad.cz alarmed, spokesman Agrofert, Karel Hanzelka, said that the reasons are economical. "We had to end our long-term partnership with the Colors of Ostrava festival because of the economic results of the Agrofert concern, which demands austerity measures that also affect marketing activities, such as support for various festivals," he said on the server.

At the same time, he added that this step is not related to how Tomáš Klus, the president of ANO, Andrej Babiš and the company he owned earlier, have this year. "In order to avoid possible speculation, we want to emphasize that the situation is not caused by this year's challenges and boycotts of some artists led by Tomáš Klus. We are happy that we are a partner of such an important event as the Colors of Ostrava festival, the results will improve again, so we do not exclude the possibility of resuming cooperation "- adds Hanzelka.

Prime Minister Babiš (ANO), Agrofert, who was last year transferred to trust funds in connection with the conflict of interest law.

Sedlák today, CTK, citing trade secrets, did not want to say what amount of the annual Agrofert festival is supported. In addition to Agrofert, Colors of Ostrava have other partners.