The ambulance and the patient crashed in front of the hospital. The paramedic was injured 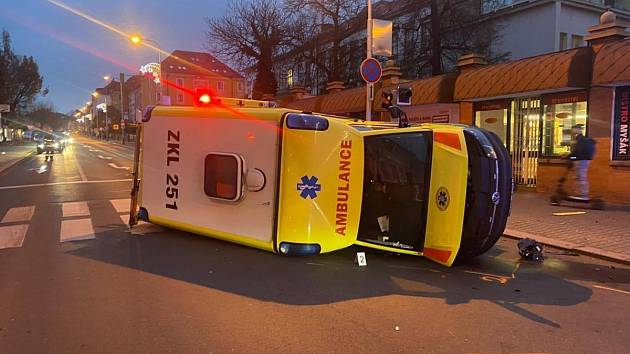 / PHOTO GALLERY / On Tuesday, December 1, around two-thirty in the afternoon, a serious road accident occurred a short distance from the Klaudián Hospital in Mladá Boleslav. The situation was worsened by the fact that the ambulance carrying the patient became a direct participant in the accident.

“An ambulance was injured in an accident, according to available information, its injuries were minor and the ambulance driver was taken for further examination. The patient was immediately taken over by colleagues from the Mladá Boleslav hospital who transferred her to the surgical ward. Nobody was injured in the car, ”said rescuers from Central Bohemia on their Facebook profile. According to the paramedics, the patient suffered no further injuries.