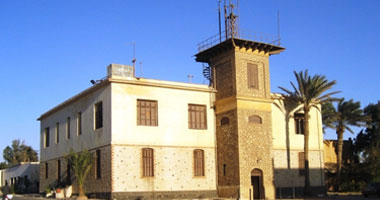 The National Institute for Astronomical Research, led by Dr. Gad El-Qady, has denied what is circulating on social media sites regarding the planet’s exposure to three dark days in late December next year as a result of a solar storm.

The institute confirmed in a statement that it was not true that the planet had been exposed to dark days as a result of a solar storm, stressing that no abnormal phenomena related to this matter or anything else had been detected so far, explaining that such news was frequently repeated in connection with the approaching end of the year. And the beginning of the new year, indicating that solar storms have nothing to do with the planet’s darkening as they are natural cosmic phenomena that do not have a serious impact on the planet. The Institute, in cooperation with many observatories, constantly monitors the sun and provides forecasts of its activity.

The statement continued: In a related context, the institute, through the magnetic observatories it manages (Fayoum and Abu Simbel), monitors and measures the Earth’s magnetic field around the clock as well as monitors any abnormal phenomena, including solar storms that may cause magnetic storms in the Earth’s field, while Massive solar flares occur in the known repeating cycle of the sun, caused by the collision of high-energy particles with the Earth, and these particles consist of billions of tons of gas and other materials released into space.

The statement continues: The appearance of charged particles as a result of these explosions in the upper atmosphere of planet Earth is causing the ‘aurora borealis phenomenon’, which is not uncommon, indicating that solar activity peaked in 2013 and the Earth experienced twilight . Polar.

And the statement continues: From a scientific point of view, we are currently tracking the 25th solar cycle, which started last year and which is witness to a relative calm that gradually increases with the age of the solar cycle, which lasts an average of eleven years.

The statement states: We urge all media and social media users to publish their news accurately and objectively and to communicate with the authorities concerned to ensure that before publishing information that is not based on any facts and which leads to misunderstandings and the public.

Jawhara publishes a photo with King El-King Mohamed Mounir .. and follows: “It is an honor for Leah”

Get you gold prices today, Monday, November 30, in Saudi Arabia

Within 24 hours, Salah Mohsen’s smear changed from positive to negative

Photos .. Port Said University celebrates the award for the best governor of the Arab world