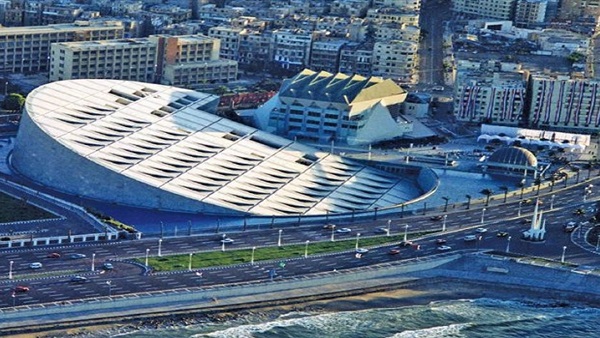 On October 15, Bibliotheca Alexandrina will launch an information campaign on breast, prostate and lung cancer, in cooperation with several organizations, including the Society for Pediatric Oncology, under the slogan "with stronger".
The campaign aims to highlight the importance of prevention and early diagnosis of these cancers, where the library in Alexandria and the Qaitbay castle are illuminated and organize a marathon at a distance of five kilometers from the library to the castle.
Dr. Hisham al-Ghazali, professor of oncology at Ain Shams University and president of the International Cancer Society, said that the total number of new cases of cancer in Egypt reached 115 thousand. Cases annually, which confirms the importance of awareness campaigns, prevention and early diagnosis, enough to mention that every hour shows 13 cases of cancer in Egypt.
He noted that during the events he would be sending news about the world to the world through media and social media, reflecting Egypt's continued effort and endless efforts to completely eliminate cancer, in particular breast and prostate cancer.
He added that breast cancer accounts for 25 percent of all new cancer cases in Egypt and is the most common prostate cancer and lung cancer in men.
Al-Ghazali said that this year his office in Alexandria will be illuminated in blue for the awareness of prostate cancer, and the Qaitbay Citadel in pink to raise awareness of breast cancer. "The five-day marathon will take place on Thursday, November 15, to confirm that government institutions, along with civil society organizations, are seeking to eliminate cancers that can be cured or avoidable and efforts to fight the C virus.
He stressed that efforts should not be limited to awareness and early detection of cancer, but should include maintaining a healthy lifestyle for the patient while avoiding obesity, reducing sweet drinks and increasing food retention in vegetables and fruits, while reducing the amount of red meat, And also salted food and alcohol, noting that adherence to these tips in food reduces the rate of relapse from the initial treatment and plays an important role in maintaining public health and avoiding cancer, stressing that the latest recommendations of the American Organization of Oncology recommend exercising for half an hour Every day Least.