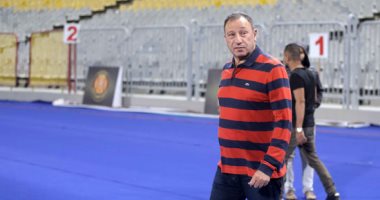 The Saudi Football Federation has announced the postponement of Saudi Arabia's super-league between Ahly and Saudi Arabia because of the difficulties of the Saudi Arabian league and the health conditions of President Ahli, Mahmoud Al-Khatib.

The Saudi Football Federation said in a statement: "The Saudi Football Federation wishes to clarify that after reviewing the Ahli club board statement and announcing the club's health conditions, captain Mahmoud Khatib, apart from the difficulties of the Saudi league and the crowding of its schedule at this stage I after coordination with the management of Egyptian Saudi and al-Ahli clubs. "

He added: "It was postponed Saudi Arabian super-Saudi meeting at the Guardian of the Two Holy Mosques of King Salman Abdul Aziz, which was to take place on November 27 between the two Ahli clubs and the Saudi Arabian Union until later, with the will of God, and Union match and Ahly Saudi Arabia on November 25 as planned. "

He continued: "With our best wishes to quickly rescue the Egyptian president Ahly Club and beloved Egypt, all progress and prosperity."