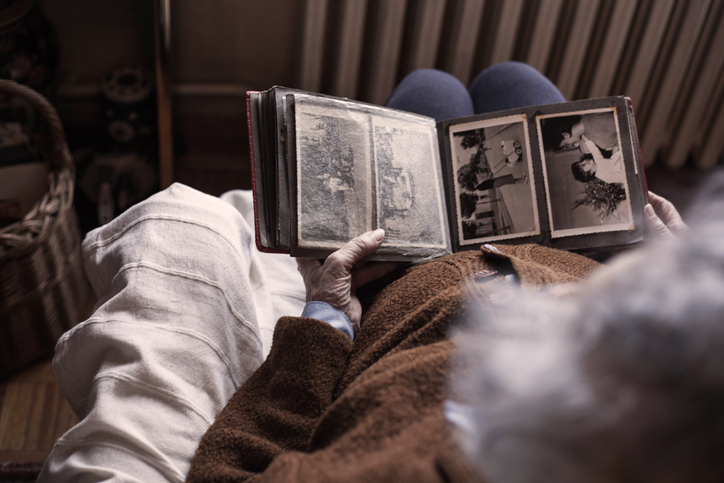 This is a fragment from the new book "Better life with dementia: implications for people, families, communities and societies" published in June by Elsevier. November is the National Alzheimer's month. Alzheimer's Association offers information and research to people living with the disease and their carers.

Over the past 20 years, we have made great progress in understanding the basic pathophysiology of dementia. Nevertheless, before we completely understand this complex condition, we have a lot to do, and we understand how to prevent, treat and manage it.

Early attempts at solanezumab, one of the most promising Alzheimer's drugs according to Eli Lilly, have shown that the progression of the disease is slowing down in some people with mild cognitive impairment. However, in the latest phase 3 study, people taking the drug did not perform better than those in the placebo group, leaving the field with no more hope for immediate treatment modifying the course of the disease. Pfizer recently announced that it has completed a drug discovery program against dementia.

In addition to drugs, there are other treatments that are worth serious consideration, which can modify the trajectory of the disease, reduce excessive disability or reduce morbidity and disease burden. But until now, a particular emphasis on research on finding a drug has dominated the political discourse and the allocation of resources. It creates a "cycle of despair", consolidating barriers to development and access to effective care and services. In order to move forward, we need to create a new paradigm that includes watching, understanding and acting in the biological, social, psychological and environmental context in which dementia appears and appears.

Three research buckets
Current dementia research can be divided into three broad ranges – prevention, treatment and care – the areas identified in most national dementia plans as important for the development of knowledge and action.

Prevention is a relatively new research path in response to consistent findings that the pathophysiology of dementia often begins many years before its clinical manifestations. Identifying strategies to prevent cognitive impairment is difficult, however, considering how complex it may be to identify lifestyle changes as those that can lower the risk of dementia. There is also a need to assess prevention at the level of the population in the long run.

Nevertheless, there has been some progress along with a growing group of studies signaling four areas of interest: regular physical activity, diet, social involvement and cognitive stimulation, and treatment of cardiovascular diseases.

There are no specifications for each of these preventive measures yet. It is not clear, for example, how much and what exercises are the most beneficial, how early in life you should make decisions about a healthy lifestyle to maximize benefits and whether someone must strive for all areas at once to significantly reduce the risk. However, currently these strategies remain the most promising.

Other candidates for lowering the risk of dementia are bilingualism, higher education and early addressing depression. These areas, which also justify more investment in research, have a significant impact on health and social policy (eg Ensuring high quality education and access to language learning).

For example, a recent study in the United States that used data from a country-wide survey on health and old age of people aged 65 or over, compared to participants in 2000 and 2012, showed dementia. In this 12-year period, dementia has decreased from 11.6 percent in 2000 to 8.8 percent in 2012. Researchers attributed part of the decline to increased levels of education and better control of cardiovascular risk factors such as diabetes, although other factors could also have contributed. Similar trends were observed in Western Europe and Scandinavia. If confirmed, these results can have dramatic impacts on population health and national education policies.

In contrast to prophylaxis, finding a "cure" for dementia has dominated dollar research, especially in the United States. Until now, drug trials have failed to produce promising therapies because nothing on the horizon has been aimed at reversing the causes of dementia caused by brain damage. Therefore, attention has been paid to slowing down the progression of the disease – especially in people with early or mild dementia – through therapies, such as immunotherapies, which can reduce morbidity and possibly reduce the burden on the caregiver or the time needed for care. This change reflects the awareness that a single methodology, treatment or strategy will not work for all dementia patients.

In part, research into care and services is slowly gaining momentum. Even with pharmacological treatment that can slow the progression of the disease – which currently does not exist – people living with dementia and their carers still require care and support services. In fact, this demand will increase only as the diagnosis appears earlier in life and earlier in the progression of the disease. To this end, we need to focus and expand our energy to provide adequate care and services. The critical empirical question is whether the provision of care and fact-based services can modify or slow down the course of the disease. For example, there is evidence that effective management of behavior and psychological factors can reduce inheritance rates. This is a key area to explore, even with the next discovery of the miraculous drug.

Paradigm of despair
The unfortunate consequence of a single, but understandable attitude to discovering the drug was to create a cycle of despair. The news said to a large extent that there is no medicine, that's why nothing can be done. Because nothing can be done, families receive little counseling, education or support, which leads to hopelessness and poor quality of life.

This way of thinking lies at the heart and consolidates various factors that hinder access to proper care and support. We identified six key barriers to treatment planning and effective interventions, including payment structures that reward treatment therapies, not disease management and a coordination approach, insufficiently prepared workforce in the care of dementia, structural and perceptual imprint, and lack of access to diagnostics and dementia . care specialists in treatment planning and services.

These barriers have conspired so that people with dementia and their families would be almost impossible to obtain even basic information, knowledge, skills and resources to help them better manage disease progression and its complexity at home. Families often do not even receive simple referrals to existing local, national or global resources, such as the Alzheimer's Association, and rarely receive incentives to use local services such as adult day care or lawyers specializing in the care of the elderly.

People with dementia and their carers are left alone, sent home with farewell words "there is nothing that can be done" from healthcare professionals. With a low knowledge of the disease and potential resources and effective care strategies, families often feel lost.

There is no doubt that there are huge gaps in evidence of effective care. For example, we do not have proven protocols to reduce the risk of falling, increasing mobility or managing co-morbidities and sensory impairments. However, there are approaches that we can use now and from which we can build comprehensive care for dementia, which improves the quality of life of people and their carers.

In order to move forward, we need to create a new paradigm that includes watching, understanding and acting in the biological, social, psychological and environmental context in which dementia appears and appears.

Let's take the example of you and Mrs. Smith.

Mr. Smith, an 82-year-old African American, cares for his wife, who was diagnosed with dementia four years ago, in their home in the city. After diagnosis, the doctor Mrs. Smith prescribed Aricept (used to treat embarrassment) but indicated that nothing else could be done. The drug caused side effects in Mrs. Smith and seemed ineffective, so she soon stopped taking him. Mr. Smith learned of the Alzheimer's Association only by chance from a neighbor, and although he collected useful information from the website, he was not interested in participating in the support group.

After about a year, Mrs. Smith was no longer safe at home alone, so Mr. Smith stopped working to take care of his wife full-time. He began to feel isolated, overwhelmed and depressed. He could not afford domestic help and experienced difficulties in dealing with the growing physical addictions and behavioral symptoms of Mrs. Smith. His two adult children had full-time jobs and their own families, and did not live nearby. Mr. Smith was worried about his wife's quality of life and felt desperate about finances and the future. He, in turn, grew older with diabetes and hypertension and did not have time to visit his own doctor.

At the moment Mr. and Mrs. Smith are alone. We can, however, design a model of care for dementia in order to meet their needs. What should it look like and what can we do for this family now?

Although the progression of the disease and the experience of living with dementia, as well as the dynamics of the family, are highly individualized, this case is a common experience. Families face similar challenges related to dementia and the recognition and satisfaction of a wide range of needs. This case also illustrates the need for rapid progress in research in the field of care and services.

So how can we support you and Mrs. Smith? What principles should be the basis of care and services and what are the specific and achievable therapeutic goals?

Considering the complexity of dementia and its impact on all aspects of everyday life, we need to carefully develop an approach. To begin to re-imagine the care of dementia, we have identified eight assumptions that must cement each new system, assumptions based on what we know about dementia and current approaches, assumptions and actions:

Financing dementia is limited, so we need to balance efforts to prevent, treat and cure. There is no or never one solution, treatment, approach or strategy that works for all families living with dementia. It is a dynamic state that is based on simple solutions or traditional medical care models.

What can we do now? Look for opportunities to learn about experiencing dementia from the perspective of the people themselves. Develop a treatment plan corresponding to individual preferences, aetiologies, disease stage and contexts of life. Combine individuals with community resources and engage in activities that they value. Reconsider the needs, preferences, possibilities, aetiology and contexts of the disease.

Nancy Hodgson is Anthony Buividas Term Chair at Gerontology and associate professor of nursing in School of Nursing.

Laura N. Gitlin is an outstanding university professor and dean of the Higher School of Nursing and Health Professions at Drexel University.

The above text is taken from "Better life with dementia: implications for people, families, communities and societies"Published in June 2018. By Elsevier, no part of the material can be re-used without the permission of the publisher. © Nancy Hodgson and Laura Gitlin Reprinted with the permission of Elsevier. The book's premiere will take place on Sunday, November 28, 2018. 5 to 19.00 at Mitchell Auditorium, Bossone Research Enterprise Center, Drexel University.