Galeries Lafayette in France plans to open 10 stores in China 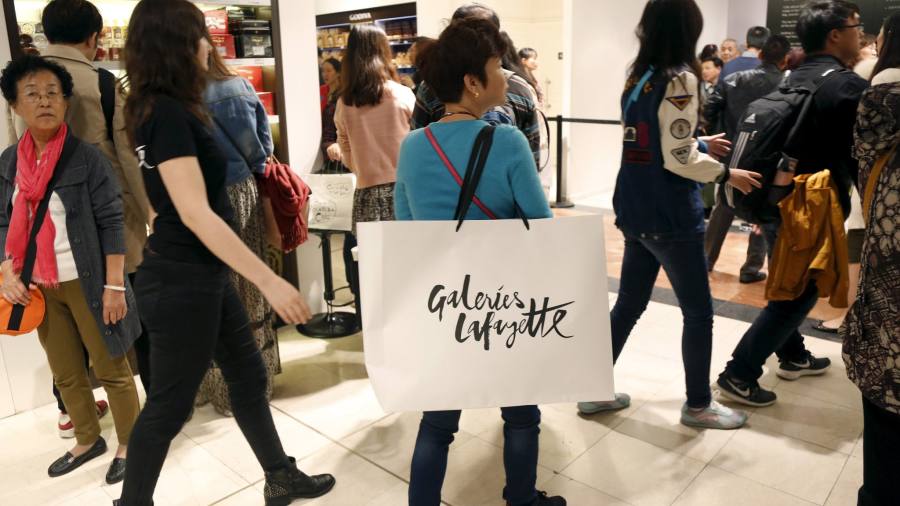 Galeries Lafayette, a French department store chain, plans to open 10 stores in China by 2025, because it focuses on Chinese consumer spending to compensate for the saturated domestic market.

"It will be difficult for us to expand significantly in France," said Nicolas Houzé, CEO in an interview after the opening of the second Chinese store chain, 25,000 sq m. In shanghai "China is a great opportunity for us."

Sales of high-end goods this year are still growing rapidly, despite a slowdown in overall economic growth. For example, premium cars enjoyed growth despite a historic decline in total vehicle sales in this country.

Last week, French luxury groups Kering and Hermès rejected fears of a deepening trade war between the US and China and protests in Hong Kong, with both companies reporting better than quarterly sales revenues in the Asia-Pacific region.

Family-owned Galeries Lafayette estimates that its Chinese branches will generate € 1 billion, or about 15 percent of the group's total sales, by 2025. "China is now more than ever a strategic market for Galeries Lafayette and underpin our international expansion strategy," said Houzé.

Chinese citizens are already the main source of income in 59 French stores, accounting for one-third of sales in Paris stores.

But foreign spending by Chinese tourists has slowed this year due to the renminbi depreciation.

Expenses of Chinese tourists in the company's stores in France "are still rising, slightly slower than before," said Houzé.

After an unsuccessful attempt in the 1990s, Galeries Lafayette returned to China in 2013. With 40,000 sq m A store in Beijing offering a range of luxury brands and niche fashion brands.

The group achieved profitability two and a half years ago, and after renovation sales are growing at a double-digit rate, the group said.

Focusing on consumer experience, Galeries Lafayette stores outperformed stores in department stores in the United Kingdom and the US, which in recent years have been widely closed due to competition from e-commerce.

The group's Chinese stores operate through a joint venture with a clothing manufacturer based in Hong Kong I.T, which said its joint ventures in China resulted in a loss of HK 27.8 million (USD 3.5 million) during the year to February 28.

"The decrease in the share of profits in joint ventures was primarily due to the pre-opening costs associated with our second Galeries Lafayette store," he said.

Galeries Lafayette announced in 2010 a plan to open 10 to 15 stores in China, but halted this expansion. "[Expansion] it's not fast, but these are large stores, "said Houzé.