Home / ethiopia / Move those happy feet: Here’s why it is never too late to get yourself active

Move those happy feet: Here’s why it is never too late to get yourself active 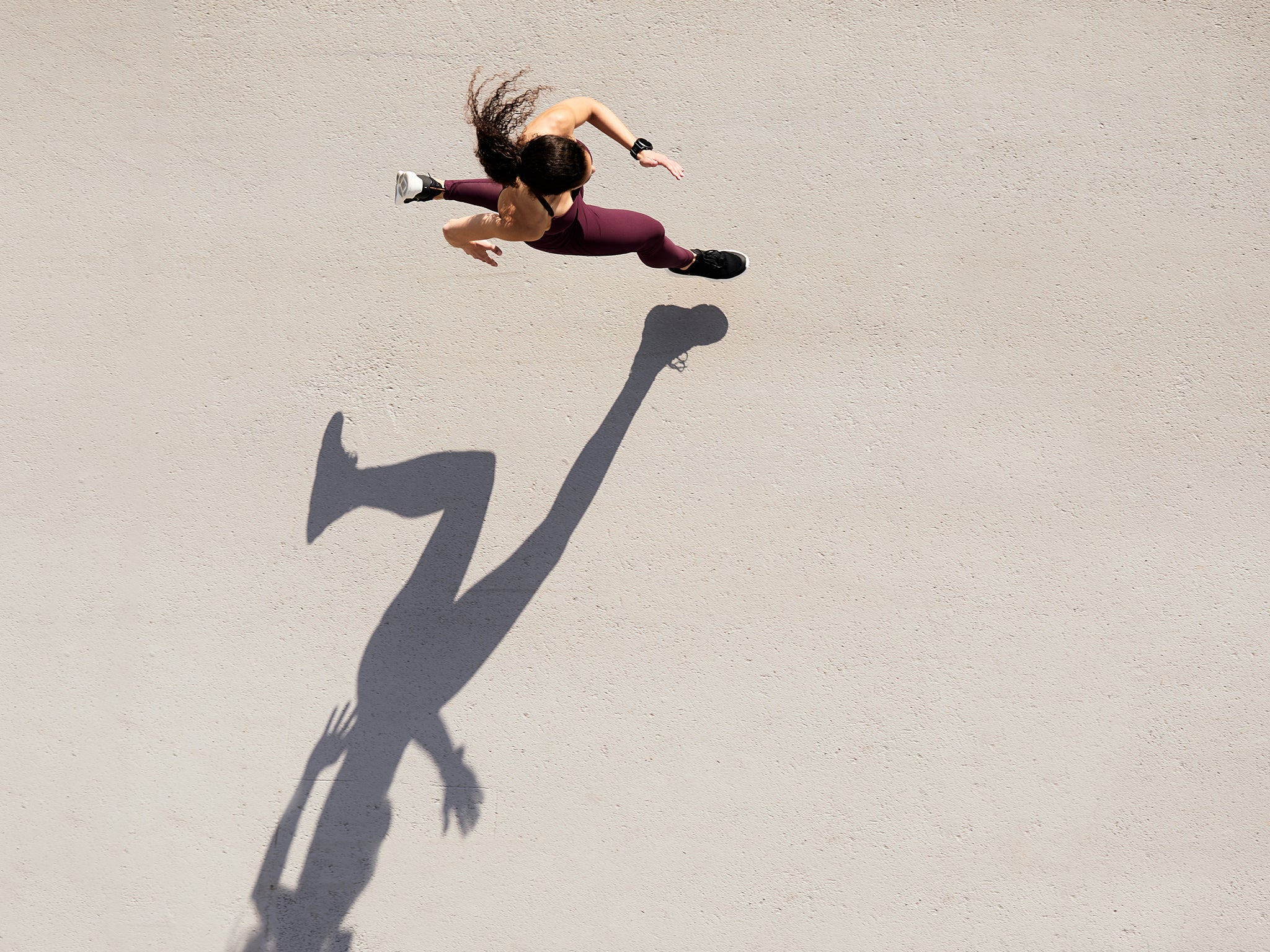 Diana Bridger was 59 years old and a self-described "committed couch potato" when she saw a photograph of herself at a birthday party and decided she needed a lifestyle change. "I thought, 'I need to just move'," the Fairfax County, Virginia, resident says. "If I lose weight, great. If not, that's fine. But I need to get moving, just for my health. "

Although she had never been active, Bridger, a retail store manager, signed up for a group fitness class at Orange Theory. "I had to force myself to walk in," she says. The workout, which involved a treadmill, rowing machine and free weights, was challenging. But she was hooked. And after six months, she was confident enough to try something she had always wanted to do: a 5K race. She hasn't stopped running since. Her new active lifestyle, she says, has benefited her physically and emotionally.

We'll tell you what’s true. You can form your own view.

If you're a sedentary adult, as Bridger was, meeting the recommended goals of at least 150 minutes of moderate aerobic activity or 75 minutes of vigorous aerobic activity a week may seem overwhelming. You may even think there's no way you can counter years of inactivity. But Bridger’s experience illustrates what recent research is showing us: it's never too late to start exercising and reap the health rewards.

Consider a study published this year in Jama Network Open that looked at the activity levels of 315,059 participants from 50 to 71 years old at four different points in their lives (15 to 18; 19 to 29; 35 to 39; and 40 to 61) . Researchers found that the participants who were previously inactive but increased their physical activity in later adulthood (40 to 61 years old) to four to seven hours per week had a 35 per cent lower mortality risk than those who remained inactive. Participants who were already active and maintained their exercise levels into later adulthood achieved a 29 to 36 per cent lower risk. The fact that older adults who had maintained their exercise levels and older adults who were new to exercise experienced a comparable lower risk of mortality suggests midlife is not too late to start physical activity.

A University of Cambridge study of 14,599 adults aged 40 to 79 published this year reached similar conclusions. Researchers found that adults with cardiovascular disease and cancer gained substantial longevity benefits by becoming more active, regardless of their past physical activity levels. Those who had been inactive at the start and increased to an average of 30 minutes of moderate activity per day showed about 24 per cent lower mortality risk.

"There are clearly benefits at all levels [of activity], ”Says lead researcher Soren Brage, a principal investigator with the MRC Epidemiology Unit at the University of Cambridge. "The most encouraging is you don't have to be a super-athlete, and it's never too late." And the health benefits were seen no matter a participant’s body mass index, blood pressure or cholesterol. "Even if you have an established risk factor profile, you will still reap the benefits of increasing activity levels," Brage says.

The health benefits of starting to exercise later in life specifically extend to the heart and muscles, research shows. A 2018 American Heart Association study of 61 healthy but inactive adults ages 45 to 64 found that participants who started exercise were able to reverse the cardiac effects of sedentary aging. Those who exercised showed a 25 per cent improvement in elasticity of the left ventricular muscle of the heart – the chamber that's responsible for pumping blood out to the rest of the body, says Benjamin Levine, director of the Institute for Exercise and Environmental Medicine in Dallas . Restoring the heart’s elasticity prevents the increase in cardiac stiffness that’s linked to sedentary aging.

There is one caveat, however. Because the stiffening of the heart starts in late-middle age, training needs to start before it's too late, Levine says. That means before age 65, while the heart retains plasticity and the ability to remodel itself. "Older individuals get heart failure not because their hearts stop pumping well, but because the hearts become hard and stiff," Levine says. "There’s no medication that treats that problem," so prevention through exercise training is the key.

As for the muscles, researchers from the University of Birmingham, in the UK, compared "master athletes," men between 60 and 80 who had worked high-level endurance training at least twice a week for at least 20 years, with men the same age who didn't have a regular workout routine. The study, published in Frontiers in Physiology this year, concluded that both groups had equal ability to build muscle in response to exercise. In a statement, lead researcher and senior lecturer Leigh Breen says: "Our study clearly shows that it doesn’t matter if you haven't been a regular exerciser throughout your life, you can still derive benefit from exercise whenever you start."

Bridger says exercise has helped relieve her migraines. Her back issues, including arthritis and a herniated disk, have also improved. Becoming stronger continues to motivate her to try new things, including longer race distances (10K) and stand-up paddleboarding. "I never felt fit enough to even attempt something like [paddleboarding], "Bridger says. During a recent lake trip, however, “I knew I was strong enough to get up on the board. I loved it! "

Bridger rejects the idea that there's anything special about her. "I want people to know my age, and that at [almost] 60, I actually could make these improvements, ”she says. "If I can do it, anybody can do it."

Here are tips for establishing a safe and sustainable exercise routine.

Start slowly. "Some exercise is better than none," says Pedro F. Saint-Maurice, lead researcher for the Jama study and postdoctoral fellow with the National Cancer Institute. If you can’t get 30 minutes a day from the beginning, progress slowly and gradually increase your exercise.

In the AHA study, for example, researchers progressively increased participants ’activity over six months, ultimately reaching a sustainable practice of 30 minutes of exercise per day, four or five times a week. Starting slowly is not only safer for a previously inactive body, but it helps keep you from getting discouraged if you try to do too much too fast.

Think beyond formal exercise. Don't limit yourself to structured workouts. "It's very important to try and incorporate activity into daily routines," Brage says. "There are opportunities for being a little active in every domain in life," such as parking a little farther away, taking the stairs more frequently or adding walk breaks to your workday. And all those small bursts of activity add up.

Mix it up. Include a variety of cardio, strength training and stretching, and include moderate and high-intensity workouts to get the best impact. Multiple study results demonstrate that there are whole-body impacts to starting exercise, so incorporate all styles of activity to achieve the best results.

Enlist and partner. Exercising with a friend or family member can keep you motivated and consistent. Bridger, for example, was intimidated to start running at first, limiting her runs to nighttime when no one would see her. But when a neighbor learned Bridger was starting to run, she suggested they run together. Eighteen months later, the two have shared countless miles of encouragement and support, and Bridger has completed 18 races.