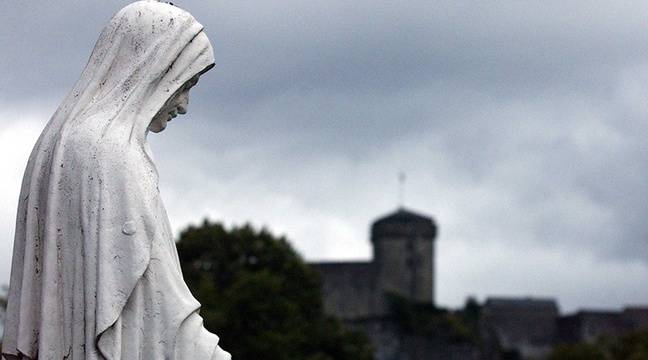 In the church, the victims of pedophiles met for the first time on Saturday with the French bishops who met in Lourdes and now expect a "virtuous" bishopric, which promised "zero tolerance".

"This is a historic day, unprecedented attention to the word" welcomed by one of these victims, Olivier Savignac, after the meeting with the prelates, who had the form of small working groups behind closed doors and had a joint press conference. "We are waiting for short, medium and long-term actions (…) If necessary, we will continue the church," he warned.

"This will help us to move on," said Véronique Garnier, another victim of the Pyrenean city, where he held the "Parliament" of the French Bishops' Conference (CEF) on Thursday.

"There was awareness" that "the"

In these small committees, "spiritual" abuses, old or prescribed cases, prevention, court or canonical considerations (according to the law of the church) were discussed. However, on the bishops' side, very few concrete announcements have been received, in addition to the idea of ​​strengthening prevention, especially in relation to catechism, as emphasized at the press conference by Bishop Luc Crépy, CEF's pedophile bishop.

EWC President Georges Pontieres had "recognized" that "he had to work with the victims", while "before everyone was there". Shortly before, Bishop Crépy felt that these meetings were "not a result" but a "beginning", the idea of ​​succeeding in creating "zero tolerance".

Opening the "parliamentary" work of the EFC on Saturday morning President Mgr. Georges Pontier stated that he wanted to "repair" the victims' wounds before the bishops gathered in 120 congregations in the Sainte-Bernadette Marian sanctuary.

A group of independent experts who illuminate sexual abuse

The Catholic Church is under pressure from the overseas foreign affairs of new scandals, but this week in Vendée, where the bishopric announced that the pedophilia's facts were between 1950 and 1979, there are two departments of the class.

On Thursday, the CEF parliament will also discuss the possibility of calling "groups of independent experts, historians and other experts" in the past into sexual abuse in the Church, confirmed Bishop Bishop. This must, however, be successful in the vote that was not won on Saturday night. "Inevitable," Savignac said, pointing out that the Church can not escape if she wants to remain "credible."

The idea of ​​the "compensation fund", in particular in addition to the required facts, according to Bishop Crépy, "the question under discussion" lies within the bishops. "We have learned a little about what is happening in Belgium, Germany, Switzerland" in countries that have created a "non-compensatory fund" but a financial gesture that reflects the recognition of nobody was a victim, but a gesture of solidarity "he explained.