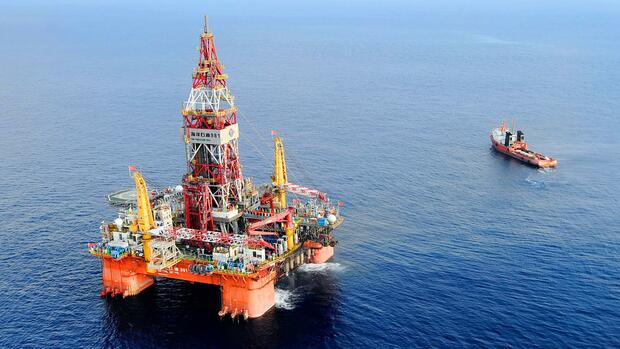 New YorkFalling prices and signs of global oversupply shook the oil market. Uncertainty and fears for further downtrend ruled. According to media reports, major oil producers are currently considering cuts in subsidies to stop the collapse of prices that have been raging since early October.

The Saudi minister of energy, Khalid al-Falih, said on Sunday that Saudi Aramco, the state energy giant, would cut oil exports by around 500,000 barrels a day in December. He spoke at the meeting of the Organization of oil producing countries (Opec) and many countries outside of OPEC in Abu Dhabi on the weekend.

Saudi Arabia, the world's largest oil exporter, has been producing 10.7 million barrels a day since October. While Riyadh decided to limit exports, the other participants, according to al-Falih, did not reach an agreement. However, the participants warned after the meeting that the difference between supply and demand may increase next year, which may require "new market balancing strategies".

Russia has sent mixed signals to possible production reduction. Russian Minister of Petroleum, Aleksander Nowak, announced on Sunday that his country is open to cuts if it is approved by a group of producers, including Opec.

However, Novak also said that "it's hard to say" whether the oil markets will be overpaid next year. "We have to wait for a while to see how the market develops" – he added.

Meanwhile, the oil minister Oman Mohammed bin Hamad al-Rumhy told the Wall Street Journal of the meeting: "There is a consensus that the surplus in 2019".

This opinion is shared by market experts and analysts. "The meeting is a clear sign that producer countries are afraid that prices will go down in the face of growing supply and demand," said Jason Bordoff, a professor at Columbia University and former Obama administration energy official, AP news agency,

However, Bordoff added that the oil countries may not yet be ready to reduce production because there is uncertainty about the impact of new US sanctions on oil production in Iran.

Saudi Arabia, Russia and other oil producers have gathered in the United Arab Emirates this weekend to discuss whether next year's reductions may be needed for around a million barrels a day. It is expected that the decision will be taken at the OPEC conference in Vienna on December 6.

The oil cartel and Russia agreed to increase production in June, fearing that US sanctions against Iran and OPEC will lead to bottlenecks. Saudi Arabia, Russia and the USA continued to increase emissions to compensate for possible losses from Iran. Now they produce more than necessary. These three countries produce over 33 million barrels per day, one third of global resources.

In addition, eight countries are temporarily exempt from oil sanctions and may continue to source oil from Iran: from India, China, Turkey, South Korea, Italy, Greece, Japan and Taiwan.

Three days after the US sanctions came into force on November 5, US oil prices fell on bear market. Since the beginning of October, US oil prices have fallen by 21 percent, to around USD 60 a barrel – eight months down. The barrel of the North Sea Brent cost about 86 US dollars several weeks ago, and now falls below the psychologically valid limit of 70 dollars.