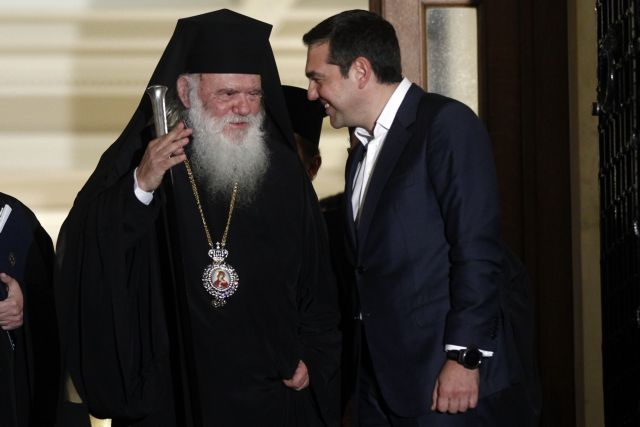 Respect for the state-church agreement, the Union of Athens, which issued a communication on new relations foreseen and presented by the Honorable Member. Tsipra and Ieronymos.

"The Athenian Union is skeptical and cautious, proposing a change of official employment and exploiting controversial property," the statement said, "while it is a positive step that priests cease to be civil servants, we totally disagree with simultaneous bold government funding Greek Church. "

He also emphasizes that "the cost of the wages received by the Church is increased by an undetermined amount that would come from the exploitation of property, in which the Greek Church had no previous right, without even specifying the period in which they will be paid."

At the same time, it is emphasized that "it is regrettable and outrageous that the false presentation of priests through the allocation of property from church to state is wrong and misleading" and argues that "the state salary of priests has not been paid in exchange for the land."

"It began with the compulsory law of 1945, which predicted that the church would give 25% of the proceeds from all temples in exchange for the state, which then increased to 35%.

"Not only this fee was not paid out permanently, but it was later abolished and the pay obligation remained unchanged, it is understandable that this should be stopped because it has already been burdening the country," adds the Athens Union, which repeats its position for full distribution economic and administrative church-state and taxation of all religious organizations of any religion. .