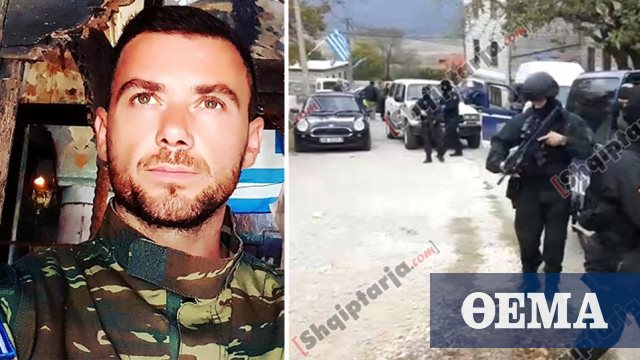 One week after the first official request of the Katsifas family, the dead body was delivered to his father and sister. The mediation of the president of the Association of Human Rights and Vangelis Doules was clear, to the President of the country, Ilira Met. In his letter, Vangelis Doules stressed the humanitarian dimension of the problem, pointing out the need for his funeral Vouliarates.

Archbishop of Tirana, Durres and all other members Albania Anastasios. "Let Konstantyna Katsif's body be buried according to the religious tradition, let the soul be proud, let the irresponsible noise cease, the rest can then be studied with objectivity and mutual respect," says Archbishop Anastasios.

It seems that during the ten-day waiting period, the Greek government did not take any diplomatic steps to move the 35-year-old body faster to the funeral of the village. The victim's family believes that the Albanian authorities have delayed the funeral for fear of episodes. It is finally expected to be held in Vouliarates on Thursday at 2:00 (Greek time).

With a 35-year-old body, lawyer Efthimios Navridides will receive a copy of the Albanian Forensic Institute to pass it on to the members of the victim's family. However, the unacceptable attitude of Tirana not to return to the parents of Constantine Katsif, the body of their child who fell dead from the missiles of Albanian policemen on October 28 in Vouliarates, the new advocate of the family Alexandros Lykourezos.

"The office of the Criminal Prosecutor's Office in Taraw claims" verbally "that he wants to close the investigation of the criminal case that has been opened and" after it has finished administering the body, and the family will have access to the case file. In any case, dead man, dead, is an insult to the memory of the deceased. Because I do not think that the extension of the corpse and dead Katsif's stay in Tirana in the morgue would somehow contribute to the investigation of the prosecutor's office, "a family lawyer said.

In addition to lawyers, Constantine's mother spoke, describing the hours before his murder. "I would make my heart a stone for my lewd, why did they take life? What did she do?" Who wanted his place, North Epirus? "On October 28, he was delighted with decoration and flags from Athens, he told me to iron the flags. In the morning my child was all right, I crucified him and I told him, "Lady with you."

At the same time, Nikos Filis's intervention regarding the death of Konstantinos Katsifas is impressive. "When someone goes to Kalashnikov in a foreign country, he raises the Greek flag, this is South Albania, I repeat it and look at my words, not the Northern Epirus, it's Southern Albania .. The Albanian territories are in Albanian sovereignty and lived and lived there, albeit in less Since you have fled, most of them came to Greece, the Greek minority, do you imagine that Turk arrives in Thrace with a Kalashnikov to raise a flag and shoot at the police? What would you say? "He asked the reporter during the interview.