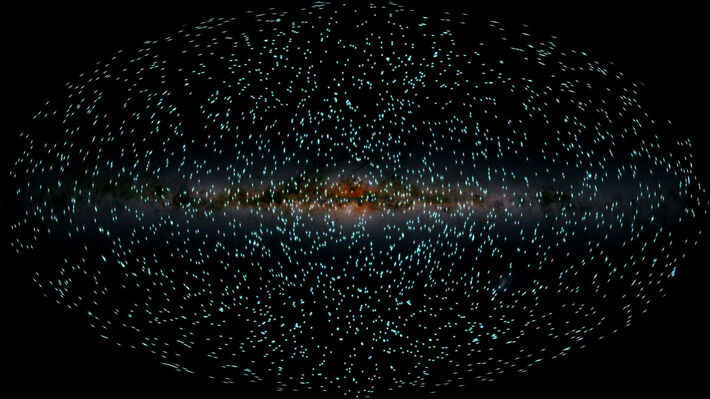 The most complete list so far nearly two billion stars in our galaxybased on data from the space telescope Gaia with European Space Agency (ESA), published today by an international team of astronomers. This is the most detailed three-dimensional “Atlanta” of our galaxy that has ever existed.

The Gaia satellite observatory, which is the successor to the previous Hipparcos (Hipparchus) satellite in 1989-1993 and contains two telescopes, was launched in 2013. It is in the orbit of the so-called Lagrange 2 (L2), about 1.5 million kilometers away. from the Earth, in the opposite direction to the sun. At this point, the gravitational forces of the Earth and the Sun are balanced, as a result of which Gaia remains in a stable position while far enough from our planet not to interfere with her observation.

The new data includes measurements of the positions of stars, their movements, brightness and colors. In addition, for the first time, visual measurements of the acceleration of our solar system are available, something that will help measure the mass of our galaxy. Scientists will also shed more light on the origin of our solar system and the speed at which the universe is expanding. The Royal Astronomical Society of Great Britain unveiled the new ‘map’ in an online press release and press conference.