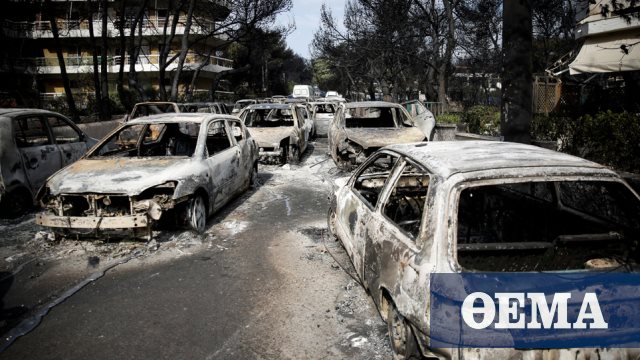 He was one of the people who experienced horrible scenes that took place on this black Monday, July 23, when fire in Eye he wrote one of the greatest human tragedies in modern history. After 78 days of intense "evangelism" Dimitris Philippi, who was wounded in flames, talks about what he experienced that day.

When he woke up from a coma, he just wanted to know where his own people were, his wife and his five-year-old son.

"Then I was quiet, and then I was silent because I did not know what a child, my wife or relatives did," said Philippe in the ANT1 bulletin.

On the day the fire broke out, he and his relatives were in a mountain climbing camp in Mati. When he saw the flames approaching, he threw himself to ask for help for his people. However, he was trapped in the machine and forced to stop and escape from the fire.

"I went into the strait that I knew was over at sea, but the road had burned out pine arches, and I slipped and fell, then dived into the sea, then the time came and the boats took us, and then I do not remember the details that I need pass out, "he recalls.

At the same time, his wife and son were in a different place in Mati, and all she wanted was to save the child.

"I just wanted to save my child, and that's why I sent him unattended to the first boats that came to save this place, where we were literally in the sea," he says.

"I killed my head from the water"

Elsewhere in his interview, Philippe describes how he fought to save himself from the fire.

Thanking the doctors and nurses for "Evangelization," he said, "These people saved my life, I was very horrible." All the evangelizers were behaving as I was their child. Thank you for everything. "

"I fight every day and I can not stop thinking about unnecessarily burning 100 people." There was no state, there was nothing. Everyone was absent – he finished.