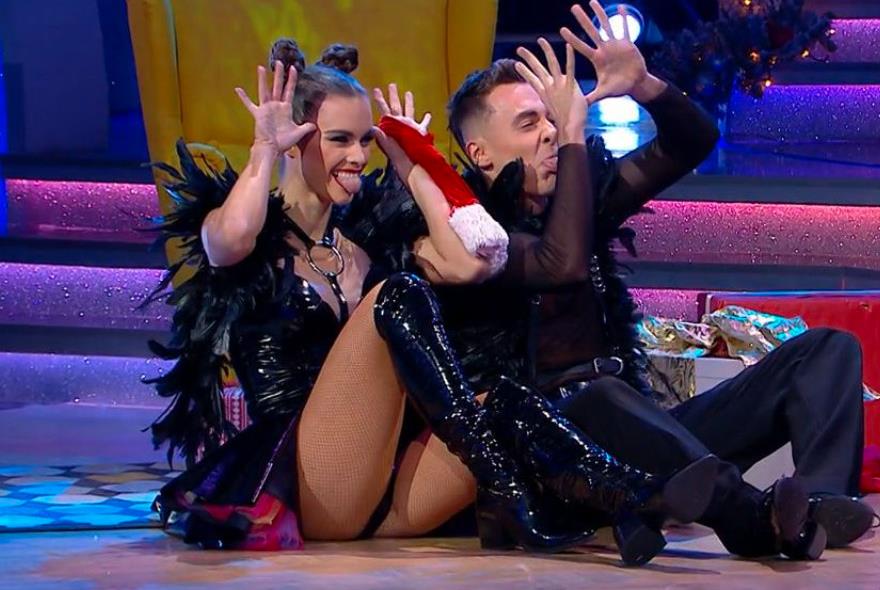 Viewers of Saturday’s TV2 program could see a powdered Christmas evening fragrant with pine or cinnamon. Five pairs were very prepared, the jury did not win, praising the energy, elegance, creativity, choreography, clothing, general image, especially in the 9th and 10th classes. It quickly became clear that Anna Pásztor and Timi Gelencsér would definitely be the finalists, but Dávid Tóth and Gabriela Spanic had to worry, even that they had given their best.

After the first round, Shepherd Annas was in the lead, Gelencsér Timea were only one point behind. Dávid Tóth and his partner scored 38 points, followed by Dániel Győrfi, Gabriela Spanic and his partner.

Here is their jive performance:

Tímea Gelencsér and Bertalan Hegyes took the floor with a Christmas dance choreography in the semi-finals of Dancing with the Stars:

After the second round, the remaining Anna Pásztor and György Köcse, with a maximum of 80 points, would not have been able to do so even if they hovered in the studio for half a minute. Timi’s Gelencsér was only down one point, it looked like everything would be smooth. Venezuela’s star Gabriela Spanic, on the other hand, must have been worried because she didn’t do very well in the jury.

In the second round of the semi-finals, Gabriela Spanic and Andrei Mangra entered the court from cha-cha-cha:

Daniel and Stan Alexandra’s second dance, during which they fell:

Brutal by Tímea Gelencsér and her dance partner, Bertalan Hegyes:

The results were announced after 23:00. “You are heroes,” praised Andi Molnár’s five semi-finals, and Nóra Ördög mentioned the dance festival and indicated that she cannot imagine the final without Timi Gelencsér and Anna Pásztor. Dávid Tóth and Laura Lissák finally dropped out of the show – Dani Győrfi was the most surprised who seemed to say goodbye.

Paso doble was their last dance, see below: