NEW DELHI: Bollywood actress Anushka Sharma, wife of national cricket team's captain Virat Kohli, on Thursday rebutted the accusation that she was seen being served tea by Indian selectors during the 2019 ICC World Cup in England.

While lashing out against the current set of selectors, former India wicketkeeper Farokh Engineer had said that all they were doing was getting Anushka cups of tea at the World Cup.

"We have got a Mickey Mouse selection committee … how are the selectors qualified? Between them, have they played about 10-12 Test matches. I didn't even know one of the selectors during the World Cup and I asked him ' who the hell he was', because he was wearing the India blazer and he said he was one of the selectors. All they were doing was getting Anushka Sharma (Kohli's wife) cups of tea. I feel people with the stature of Dilip Vengsarkar should be in the selection committee, "Engineer said. 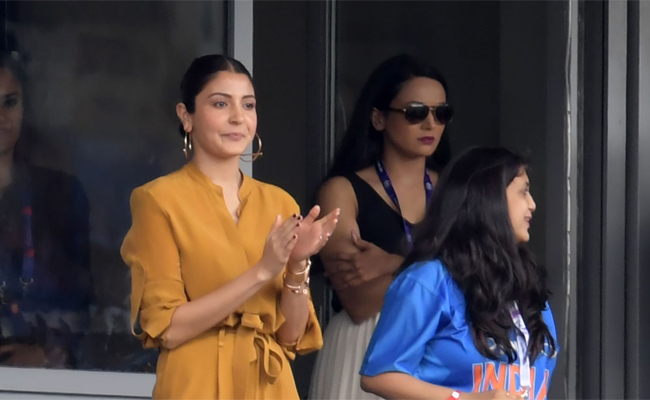 
Anushka wrote a long rebuttal on the social media platforms against the comment made by the former India cricketer.

"My name was used for false stories … And the latest version of these ill intended lies is that I was being served tea by selectors at matches during the World Cup! I came to one game during the World Cup and sat in the family If you want to have a comment on the selection committee and their qualifications please do so as it's your opinion but don't drag my name into it to substantiate your claim or sensationalize your opinion. I refuse to allow anyone from using my name in such conversations, "Anushka wrote.