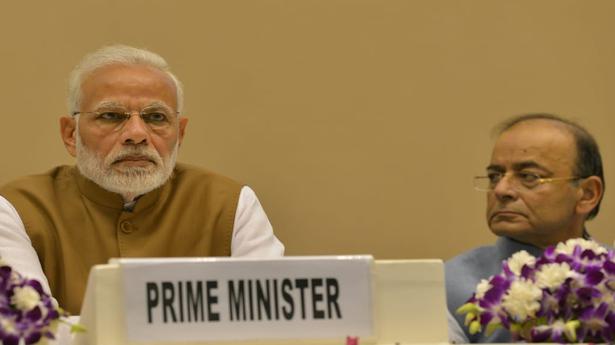 It announced a number of measures for the sector, saying that the GST-registered micro, small and medium-sized enterprises (MSMEs) will punish Rs 1 crore in a new portal in 59 minutes.

In addition, GST-registered MSMEs receive a 2 percent subsidy or rebate for incremental new loans, up to Rs 1 crore, saying they increased interest subsidies from 3% to 5% in advance and afterwards to export MSMEs.

In order to release the supervisor of the auditor, Mr Modi announced that controlling the branches of the industries would only be sanctioned by computer random allocation and that the inspectors had to report the report on the portal within 48 hours. "No supervisor can go anywhere. They ask why he went to a factory," he said.

To facilitate compliance with environmental standards, MSMEs will need unified air and water drainage and only give one contribution to the creation of a factory.

MSMEs must submit a one-year return on eight labor and 10 central rules, adding that they have adopted a regulation to simplify penalties for minor offenses under the Companies Act.

Mr. Modi called the "historic" 12 new measures that make Deepawali more clear to the industry and millions of entrepreneurs and employees.

Public companies, which come to 20 percent of the annual procurement of MSMEs, now account for at least a quarter (25 percent) of the demand from the industry, claiming that 3 percent of PSU purchases should be increased from women-run MSMEs.

In addition, all central public sector businesses should involve the government e-Marketplace (GeM) membership to facilitate online purchases of goods and services for joint use by various government agencies and organizations.

Mr. Modi announced that he reported 6000 Rs for the creation of 20 nodes and 100 molds for technological development.

In the pharmaceutical industry, clusters of MSMEs are set up to increase the production of the industry, he said.

Any company with a turnover that exceeds Rs 500 crore will now have to trade on the Trade Receivables e-Discounting System (TReDS) platform, so MSMEs have no cash-flow problems.

Over the past decade, when India had 23 seats in the World Bank's latest Ease of Doing Business ranking, Modi said in four years that his government was reaching what many did not believe and that no one else did – from 142th place in 2014 jumped 77th position.

The top 50 ranking rankings are not far away, he added.