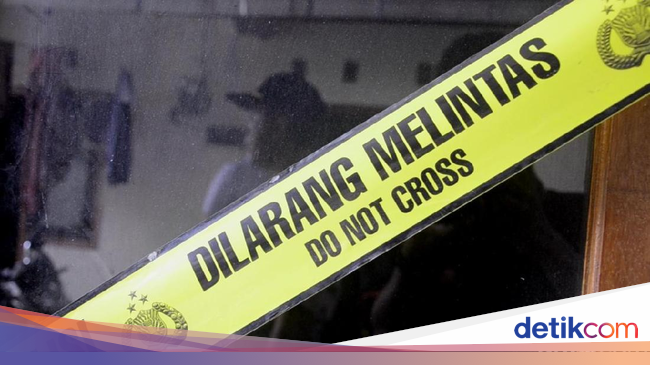 Temanggung –
Sunaryo (26 years old), a man from Temanggung Regency, not only persecuted young children to death. He also hacked the mother of the child Khalisatun Mafruroh (23) and her neighbor, Atika Ernawati (31).

"There were three victims who were hit hard by the perpetrators: one died, who died 2.5 years, two others were injured around the neck," said Kasanggung Kaskresrim from the regional police in Temanggung, ACP Dwi Haryadi, when reporters contacted him (11/13) / 2018).

Dwi explained that the incident occurred on Monday (12/11) around 3:30 PM. Without a clear motive, the perpetrator resident in Gandon Hamlet / Village, Kaloran Subdistrict, wore a machete and injured the child Rafa Nesia Ardhani (2.5) to get a bad wound to death.

"For now, we have secured the perpetrators, and now we are still involved, we conducted witnesses at the police station," said Dwi.

According to him, the police were not able to draw conclusions from the persecution that killed the child.

"We are still discussing the problem, we can not at this time say that we are still investigating, both the perpetrators and the victims have no connection, accidentally, with neighbors" – explained Dwi.

At this time, the perpetrator is known as working as a carrier of sand loads, which usually operates in the area of ​​Merapi in Magelang Regency.

As for the effects of the scissors, the police immediately carried out the crime scene and secured a number of evidence, including blood spills, machete, broken glass and scattered hair on the spot.