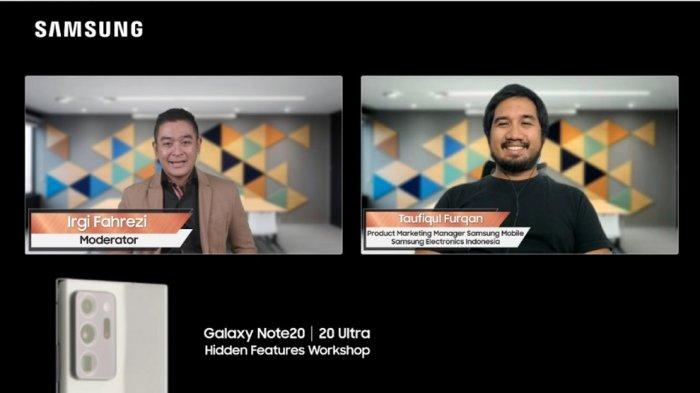 TRIBUNNEWS.COM, JAKARTA – Samsung Galaxy Note20 series officially launched in Indonesia with many advanced features. This flagship smartphone series is designed to maximize the variety of activities related to the work and entertainment of users.

In short, the presence of this premium smartphone makes users more productive in doing what they like.

However, few people know that the Samsung Galaxy Note20 series also has a number of hidden functions.

The Samsung Galaxy Note20 series already has features that really support productivity, such as Samsung DeX and Link to Windows.

While Samsung DeX is very handy when users want to create presentations, the Link to Windows feature can easily transfer files from a user’s Galaxy Note20 series to a PC device and vice versa.

However, it takes a long time to transfer files one by one via drag-and-drop.

In this chat, Lucky explained, users can easily transfer multiple files from a Samsung Galaxy Note20 Series to a computer using the myfiles app.

Also read: Similar, but not the same, two Samsung Dex features and Windows link on the Galaxy Note20 series

With this myfiles application, users can tag all the files they want to transfer to their computer desktop.

You will all be vigilant

[VIDEO] Chang’e-5 takes off from the Moon, carrying rock samples towards China