You will all be vigilant 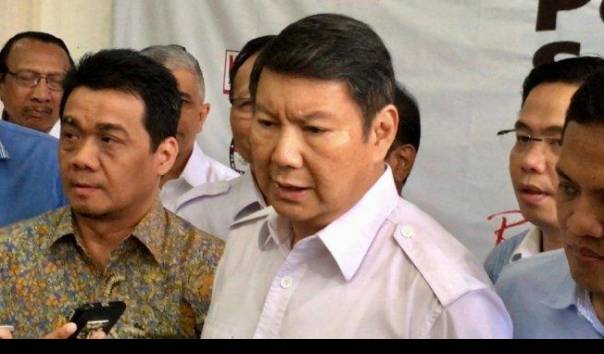 JAKARTA, KOMPAS.TV– Vice-chairman of the Board of Trustees of the Gerindra party Hashim Djojohadikusumo cannot hide the disappointment of Edha Prabowo, the inactive minister of maritime affairs and fisheries, who is also the vice-president of the Gerindra party, who is involved in the alleged corruption in the lobster seed export license.

This incident prompted Hashim to warn all staff wearing Garuda’s head not to repeat a similar case.

– I’m determined to be honest. If there are cadres of Gerindra watching this, I am determined to watch over all of you. I will observe all of you, your behavior, your actions. And Hashim will supervise all the staff in Indonesia. Hashim said at a press conference in Cafe Jetski, Pluit, North Jakarta, Friday (4/12/2020).

“On Wednesday, when Edha Prabowo was detained, Gerindra’s party received an award from the government represented by the vice president,” he said.

But unfortunately all these successes seem to have disappeared due to an accident that befell one of his cadres. “So far, it has never been mentioned (success of the event, red). We have been able to do it for years. You can check it. ICW awards Gerindra Party prizes. We have been the cleanest and most complete transparent for years.