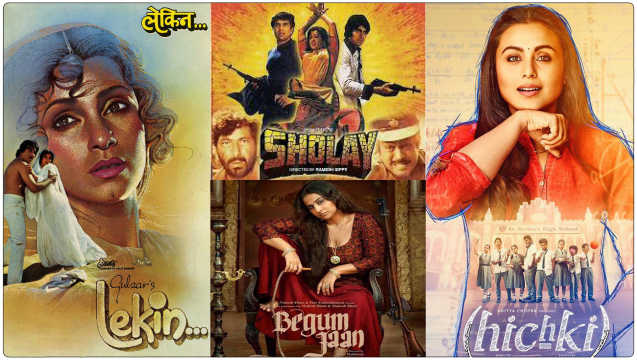 The 49. India International Film Festival (IFFI), which will take place in Goa on November 20-28, will cover 212 films from over 68 countries, reflecting diversity. Israel will be the focal point at the gala, where the flashback section of Ingmar Bergman will take place, which will last 100 years from the birth of the filmmaker.

This year there are 15 films in the IFFI section devoted to the International Competition, including 3 in India. The competition section presents films produced and co-produced by 22 countries, in accordance with the statement of the Press Information Office.

The Kaleidoscope Festival Section contains 20 recognized international films that take place at large film festivals, and most of them are multiple prize winners, and the Panorama of the World segment has 67 films specially prepared for the festival. This includes four world premieres, two international premieres, 15 Asian prime ministers and 60 Indian prime ministers.

Also this year the World Panorama section presents 15 films that are entries for the Oscar from individual countries.

Bergman's retrospective section will consist of seven of his best career films. One of the films is a documentary film about Bergman Island entitled Bergman Island (2004), which presents the master behind the camera.

As part of IFFI, a retrospective of films by the winner of the country's most prestigious film award, the Dadasaheb Phalke Award, is presented. This year, actor Vinod Khanna received the posthumous award. IFFI will present some of its best films, including Achanak (1973), Amar Akbar Anthony (1977) and Lekin … (1991).

IFFI will open with World Premiere The Aspern Papers (2018), which tells about obsession, lost size and dreams of adventures with Byron. His cast, including actors Jonathan Rhys Meyers, Joely Richardson, Julia Robins, Morgane Polanski and Nicolas Hau, in addition to director Julien Landais, will be part of the delegation at the gala.

As for the focus focus country package, ten films in collaboration with the Israeli Consulate General in Mumbai were selected for the country's focus package. The special guest will be celebrities from Israel, including the famous Israeli actor Alon Aboutboul. Actor Dan Wolman from Israel will be awarded the Lifetime Achievement Award.

The state-focused section was proposed for the 49th MFFF, 2018, this time Jharkhand is chosen. The films in the Jharkhand pack contain titles such as Death In The Gunj (2017), Ranchi Diaries (2017) and Begum Jaan (2017).

During this time, in the IFFI section, homage to Shashi Kapoor, Sridevi, M Karunanidhi and Kalpana Lajmi from India, as well as Terence Marsh, Milos Forman and Anne V Coates from abroad will be paid tribute.

When making the decision on inclusion, a special package will be prepared for children with a visual impairment, which will have audio description. Sholay (1975) and Hichki (2018) will be presented in this section.