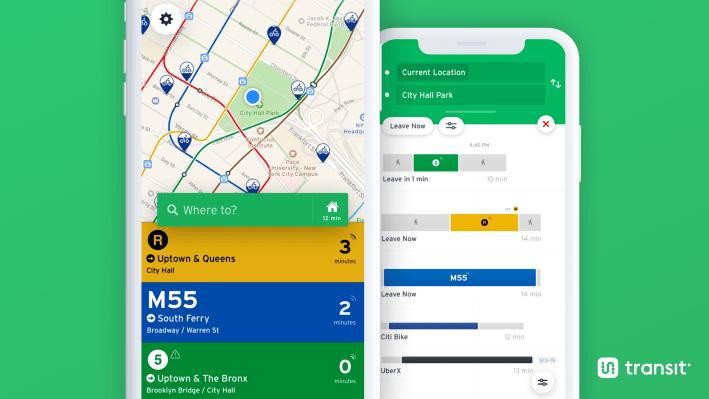 Transit, a company that built a mobile application designed to help people in cities live without cars, raised $ 17.5 million from two cars in the B series.

The investment of Renault Nissan-Mitsubishi and Jaguar Land Rover would appear to be counter-intuitive five years ago. But this is 2018. It is a year of scooter wars and micro-mobility; It is also a transition period for car manufacturers who want to diversify their traditional business of building and selling cars.

Founded in 2012, Transit began as an app to help people check bus and train departures. It develops into a mobile application platform that enables multimodal transport, integration of public transport, wave driving, bike sharing and scooter sharing. A mobile application that provides real-time data from transit agencies with crowdsourcing of users, gives users a driving notification. The app tracks the location of the vehicle in real time and notifies the user when to leave the bus stop when they leave the deck. and sends customized ETA. Transit is currently used by transit agencies, including Boston MBTA, MDTA MTA Baltimore, VTA in Silicon Valley, PSTA in Tampa Bay and STM in Montreal.

The company wants to be a transit and agnostic enterprise, so it is a strong supporter of open APIs. Montreal, in which the company operates, is a model of what Transit wants to be everywhere. In Montreal people can use the application to share cars, share bikes, order Uber or use public transport, explained COO Jake Sion.

Transit, which operates in 175 cities around the world, will use a capital injection to scale operations and improve the platform by integrating various payment services and methods in the application.

"This investment, which will accelerate Transit's efforts to make mobility easy and accessible in cities, is part of Alliance 2022's strategy to become a leader in transport services for truck and vehicle drivers and suppliers of vehicles for public use and car sharing," François Dossa, Alliance Global vice president of ventures and open innovation, said in a statement.