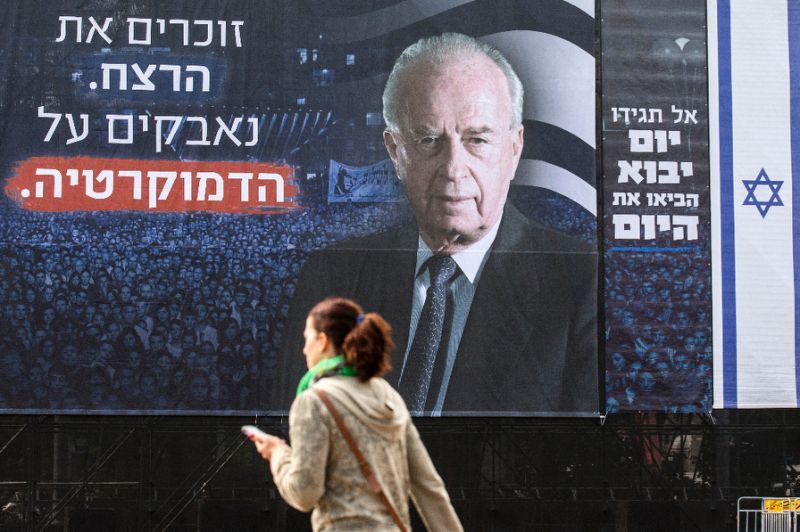 Thousands of Israelis met at a summit on Saturday, which reminded late Prime Minister Yitzhak Rabin, who was murdered by terrorists on a political right on 4 November 1995.

In the second year, the Darkenan organization organized in the series described itself as "seeking to" empower a moderate majority of Israelis to influence government policy in public discourse.

"Political discourse in Israel [still] saturated with the excitement that divides Israeli society from within. "

"At the beginning of the election year, it's important that we all remember: we all have a fate, the fate of Israel," he added.

The solemn ceremony to be held in October became a political event because the grandchildren of the murdered leader noted Netanyahu in their observations. 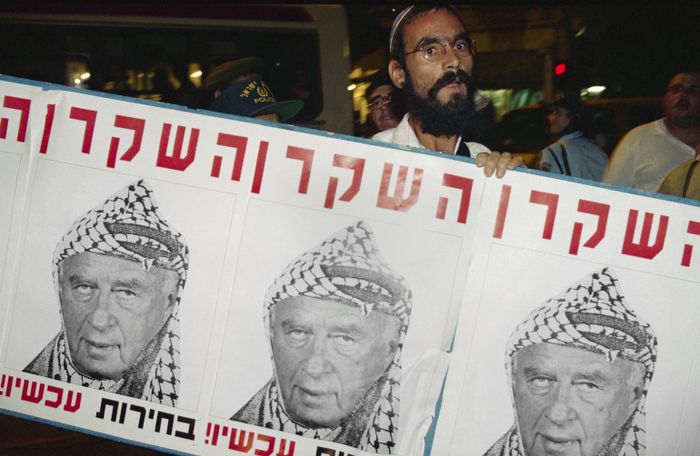 In the months preceding the murder, Rabin is sold to political hard-boomers. Netanyahu and other leading Likud members have participated in right-wing political assemblies in the weeks before the murder, when protesters named Rabin as "traitor" and "Nazi".

The participants of Netanyahu presented posters on a show in a Nazi uniform and Rabin dressed in an Arabian headgear. He criticized Netanyahu for standing and ignoring the murderous rhetoric that caused Rabin's murder.

– The grandsons of Rabin speak –

At the October festive ceremony, the same criticism was again directed at Netanyahu, as Rabin's grandchildren reminded their grandfather on stage and condemned the current prime minister, who continued to lead to hatred and polarization among the Israelites.

Rabin's grandson, Noah Rothman, paid great attention to his observations in the Soviet ceremony against the current Prime Minister and accused him of being more polarized in Israeli society.

"How many times did you meet with the leaders of the relevant left-wing organizations during your term of office, Prime Minister?" asked Rothman in his comments, Netanyahu.

"Not much has changed in the past 23 years …" Rothman warned. "If you do not stop the riot campaign against those who disagree with your line, there will be blood here.

Rothman continued the claim that "even the Prime Minister's spokesman recently twittered my grandfather's image and called him a traitor." The Prime Minister's Office replied that "after we checked the claim, it became clear that he was referring to a notorious journalist who is not related to the PMO."

Rothman supposedly refers to a beeper Jerusalem Post and Breitbart writer Caroline Glick, who served in the Prime Minister's Office in Netanyahu's first cycle from 1996 to 1999.

At the Knesset Ceremony, which Rabin later remembers on the same day, Netanyahu himself spoke to Rothman's remarks saying "this did not happen and never will."

The exchange of notes between the grandchildren and Netanyahu was overshadowed by the remembrance of the former Prime Minister, including President Reuven Rivlin.

After opening the ceremony by illuminating the memorial candle, President Rivlin spoke in which he warned that younger generations in Israel would forget the serious consequences of the late Prime Minister's killing.

"The murder of Rabbi divided us into tribes and camps." 23 years after the murder, it seems to me that there is no choice but to say that they all remember Yitzhak Rabin for the man and the leader in his own way, but we need to agree that we must remember Prime Minister Yitzhak Rabin together "- urged the President in his remarks on the division of Israeli society and the dangers that they caused.

The prefect of "Yom Kippur is Israeli democracy, the day of judgment, in which we examine our ability not only to argue, but to talk and listen".

The president continued the importance of the Israeli people not to forget the legacy of the killed leader.