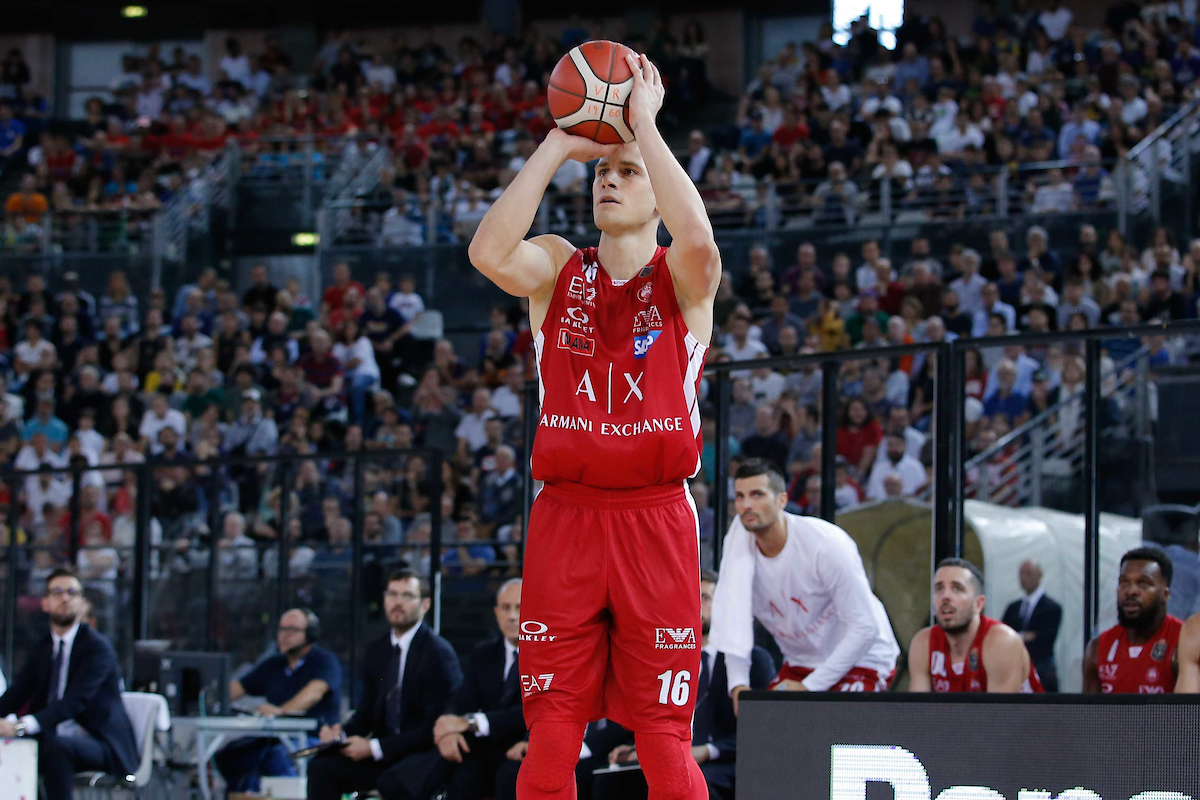 After a success at Fener, Olimpia Milano regains his success in the league, raising him on the pitch in Rome for 79-73, and after seeing that the opponents also got +16 in the first half. Virtus comes straight from the wrapped PalaEur. Top scorer: Kaleb Tarczewski and Vladimir Micov (15 points each), followed by Luis Scola (13). In Rome, the tests offered by the trio composed by Jerome & # 39; a Dyson, Davon Jefferson and Amar Alibegovic (all at the age of 15) are not enough.

At the beginning of the first quarter, Rome seems to hurt. The Scoli school bus starts several times and after less than two minutes Dyson has to leave the pitch (fortunately his and Virtus, only in the middle of the faction). At this point, Capitolini ignite in both parts of the pitch, placing partial 11-0 in less than two minutes (15-6, -5: 36), and Alibegovic is a great hero and PalaEur, whose roars are becoming louder. He touched +14 towards the end of the fourth, there is also Dyson, who gives a nice moment when tears (and scores points) two free after burning Rodriguez with a great crossover (26-14, -0: 59). The fourth ends with an alley on the Dyson-Alibegovic axis for Virtus 29-16.

At the beginning of the next stage, Rome updates its maximum advantage (+16). Around mid-quarter, Milan begins to repair part of the break, except for some line errors – by choice or execution – suffering from one of two from Rome, prompting coach Messina to time out (40-24, -3: 44), The minutes remaining before the long interval are not the most spectacular, because both teams are trying to find the perfect solution. You go to the locker room at 43-30 Virtus.

After returning to the pitch, Olimpia returns to the double-digit gap, but Rome is good in an immediate response, first with a large Dyson swimmer, and then with a passage led by Jefferson (and closed by Alibegovic) who punishes a bad return Defensive Milan (51-40, – 6:15). This time Armani responds well to Messina's timeout, and Rome (which in the meantime ends with bonuses) is gradually approaching opponents. The tension begins to rise and there are several sparks between Dyson and Cinciarini (immediately calmed down). Milan closes the fields well, and during the attack Rodriguez deals two blows that give him a draw: first a nice penetrating basket, and then assistance to Tarczewski's charge (53-53, -1: 54), Overtaking Olympia appears on the last lap with 2 + 1 long American. Chacho finally puts icing on the cake with a triple band of mermaid, which is worth 62-58 Milan.

At the beginning of the last quarter, Rome holds the bar, even though Jefferson's 4 fouls and Kyzlink do not leave them alone. Both deal well with the situation, while Dyson puts in a temporary draw with a 2 + 1 counterattack (67-67, -5: 58). But then he and Jefferson make two really unusual mistakes for them: Micov punishes them with the long two from 71-67 Olympia (-4: 30). Kapitolińska, however, does not think about giving up: when Alibegovic bury her 71-year-old girl at 3:35 from the end, PalaEur is an abyss. However, Milan turns out to be more aware than the opponents, taking advantage of the situations that appear before him in the final sprint: Della Valle (from three) and Tarczewski (from tap-in) react to the momentary overtaking of the Romans (76-72 Olimpia, -1: 58 ). Rome no longer finds the path to the basket in action, and Milan puts a seal on victory in the last thirty seconds thanks to two trips to the frame of Tarczewski and Cincarini with breaks stolen by Mica: 79-73 final result for Armani.