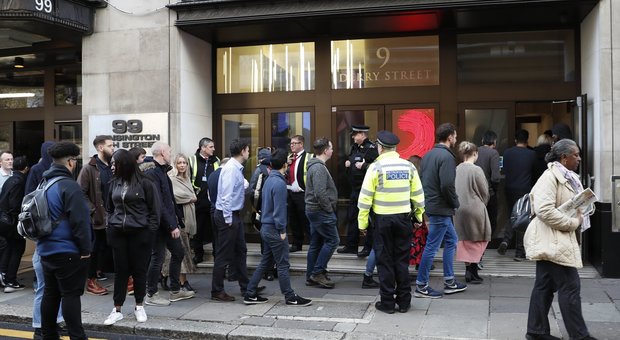 SkyNews is a serious attack this morning London: an armed man machete threatening at least two people at Sony headquarters. One spokeswoman for the British police said the author had been arrested and the incident was now closed. Scotland Yard said no firearms were used. The police confirmed that the wounded were two. This is not about terrorism.

A major incident after "punching" #Sony's #London established in: https://t.co/wIxqyfdbka

The alarm was for 11 rooms, 12 for Italy. The attacker has not yet been identified until they know that the lives of the two wounded are not endangered, as confirmed by the rescue service and the police. Witnesses say that he entered the Sony building at Derry Street in Kersington, in the heart of London, with a machete gun, even though the Scotland Yard refers only to "punched". And a few minutes later, armed agents broke and gradually evacuated the various offices as a precaution, simultaneously hunting the intruder until capture and disappearance. Except for the trail of terrorism that was made at that time to make sure that man is unbalanced or unclear for personal reasons. "We heard the screams, then we saw the police patrols and ambulances, and the people who fled the building," said an eyewitness. "Many have rush to the Kensignton Square Garden," he said, and reported another ten people who had been there for nearly an hour. Last update: 13:40 © RESTRICTED REPRODUCTION