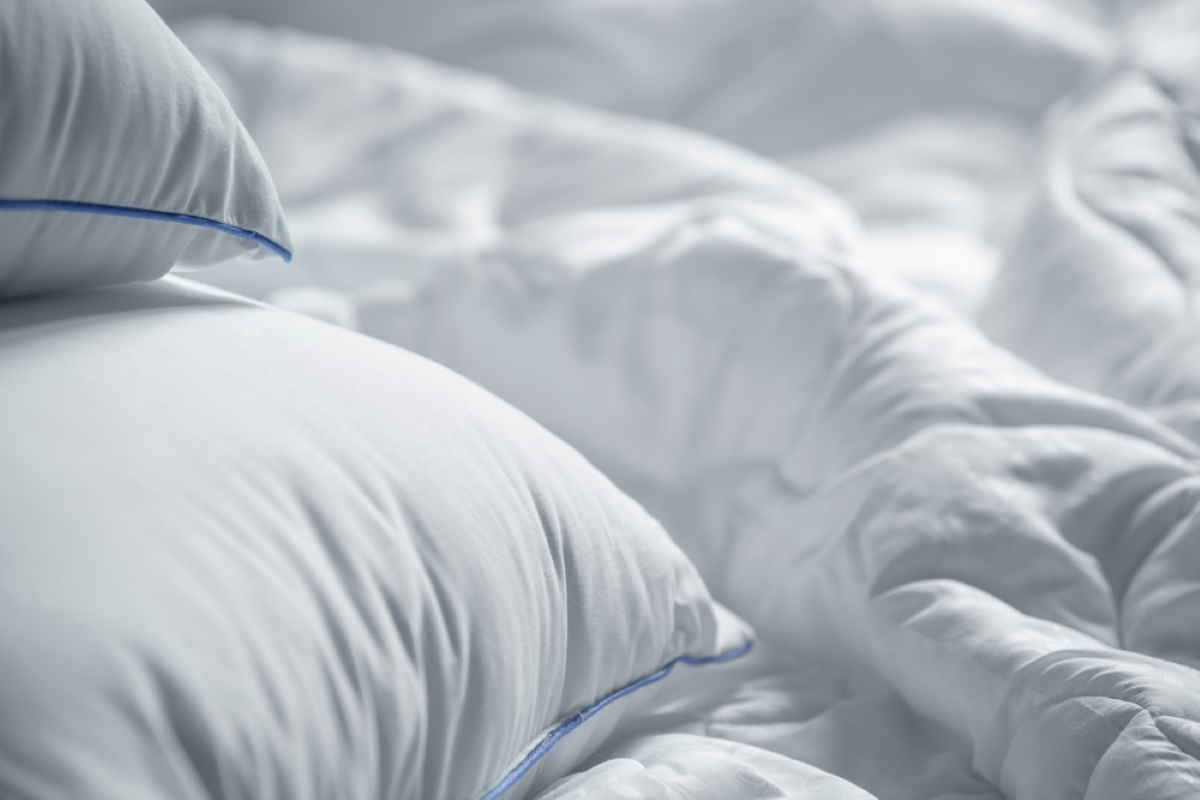 One more reason not to choose a quilt with real goose feathers. And so because what happened to this 43-year-old man has an amazing story: he was first diagnosed with doctorsdowny pneumonia", Pneumonia caused by inhalation of dust from feathers filling blankets and pillows.

It happened to Martin Taylor from Aberdeenshire, Scotland non-smoker, and his is the first case confirmed by one study ad hoc, with feather-duvet-lung (FDL) or lower respiratory tract infection due to a form of pneumonia sensitiveness and weak immune response.

Addressing his doctor after experiencing an unexplained illness and fatigue for three months, Martin began a long trial, to the extent that he experienced extreme fatigue and shortness of breath. His symptoms quickly got so bad that he could stand or walk for only a few minutes.

After examining the possible presence of pets at home and after the blood tests showed no abnormalities, the man was still breathless. It was only after several tests and studies that it was discovered that Martin had recently switched from synthetic bedding to feather bedding.

Later tests showed that the man had developed extremely high antibodies against individual bird proteins, including pigeons and parrots. In addition, further scans presented the suggested pattern in the lungs hypersensitive pneumonia, a condition in which the lungs become severely inflamed due to the body's immune response to something inspired, while its pulmonary functions have been significantly impaired.

Only after removing this blanket did Martin Taylor show a marked improvement and was completely cured with a pharmacological drug.

Dr. Owen Dempsey, who treated the patient, stated that it is not known how often FDL occurs because doctors rarely examine bedding.

"Health care professionals usually learn to ask patients with respiratory symptoms if they have pets such as birds at home. However, according to our experience, the collection of stories usually does not include the question of displaying feathers in quilts and pillows".

In short, it seems certain that this is probably happening much more than we think. If "feather pneumonia" is essentially an inflammatory reaction to goose or duck feathers that we have in pillows or quilts, this can be very common.

Solution? The "authentic" quilt, the one from real feathers, is still an unacceptable product from an ethical point of view, now also unprotectable from the point of view of our health.