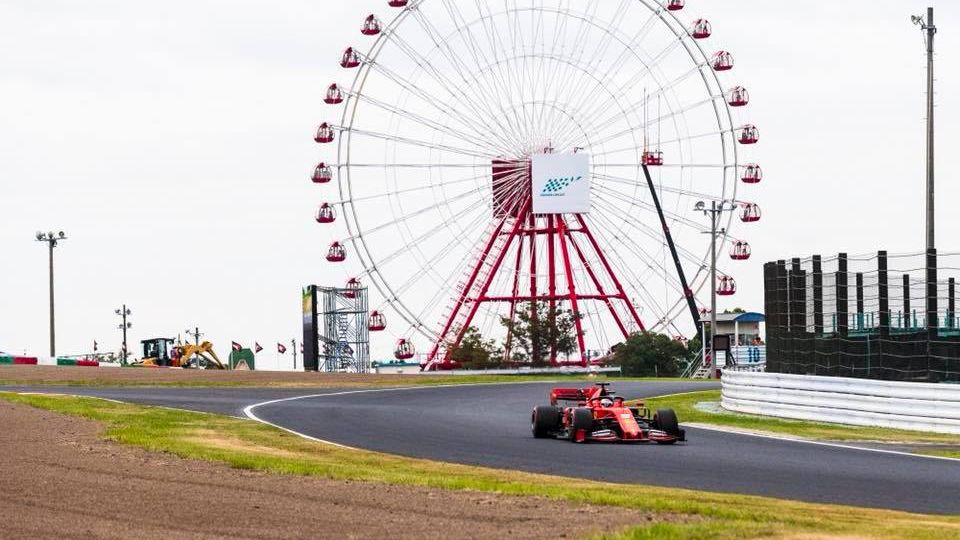 On Friday, the athletes conducted two training sessions, but it was already known that the Suzuka track would be closed on Saturday due to strong winds and rain. The athletes spent the day closed in the hotel rooms, but today the sun was shining on the spot, even though the wind was quite strong.

Probably because of the wind there have already been two accidents during the prequalification. Roberts Kubica (Williams) came off the track just before the start / finish line, hitting the barrier, and soon after Kevin Magnusen (Haas) slipped into the same place. While Kubica's car had to be picked up by the track crew, Magnusen returned to the box with a broken rear anti-tank gun.

In the decisive qualifying match with a score of 1: 27,212, Sebastian Fettel took the lead after the first attempt, and Charles Ferrari, the second Ferrari player, lost 0.3 seconds. Then there were Mercedes racers Walter Botass and Lewis Hamilton who were 0.6 seconds behind them, followed by Red Bull agents Max Verstapen and Alex Albon.

Although Fettel had the best results in all sectors on the first lap, he managed to improve his time in the second attempt to 1: 27,064, qualifying in this way. Lekler also improved his score but lost 0.189 seconds to his teammate. Over 0.2 seconds behind Mercedes pilots, Botas beat Hamilton. Identical Verstapen and Albon result and fifth / sixth place.

McLaren, Carlos Saints and Lendo Norris pilots, as well as Pierre Gasley of Toro Rosso and Romano Grange with the Haas formula, were in the Top Ten.

In the entire Formula 1 season, Hamilton now has a 73 point advantage over Botas, and a fierce battle for third place between Lecher and Wolsteden for just three points and Fettel, who is still fifth.

The Japanese stage is expected to start at 8:10 Latvian time.

Qualification for the GP of Japan